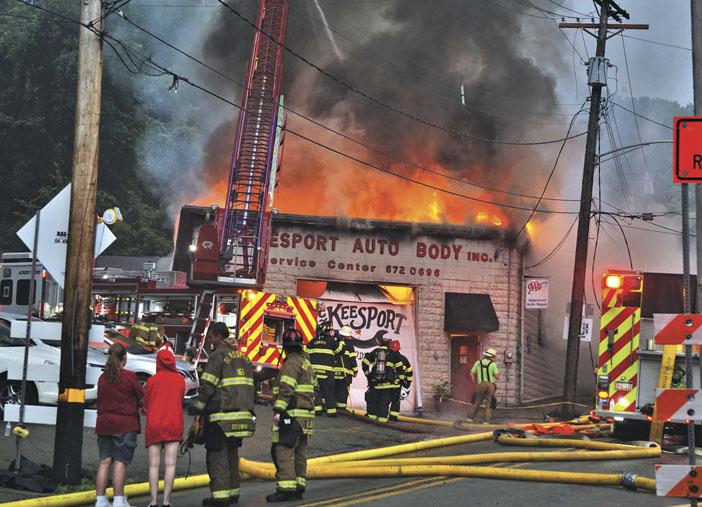 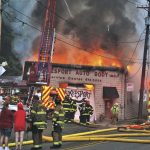 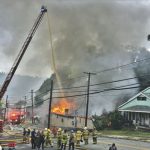 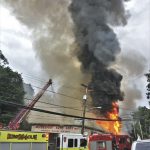 City of McKeesport firefighters were dispatched to McKeesport Auto Body located on Rebecca Street for a power line down and sparking on top of the building. Crews arrived and found the heavy smoke coming from the roof and upgraded the assignment to a two-alarm fire. It was soon discovered that there were bad hydrants in the area, so several tankers were requested. Crews made entry but with no water supply and the rapidly moving fire, crews were forced to evacuate the building. The fire quickly grew after chemicals inside caused several explosions and crews worked on protecting an exposure home. As crews struggled with water supply issues, several additional tankers from Westmoreland County were requested and a third alarm was requested just before 2000. Crews worked for hours before the fire was brought under control with units finally clearing the scene at 0203. 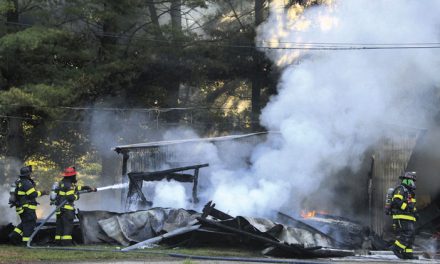 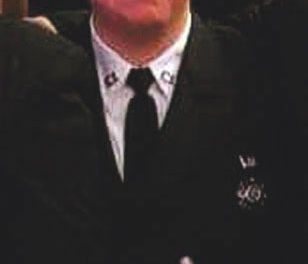 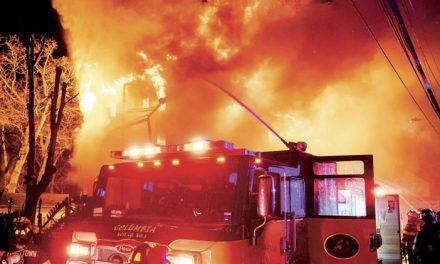