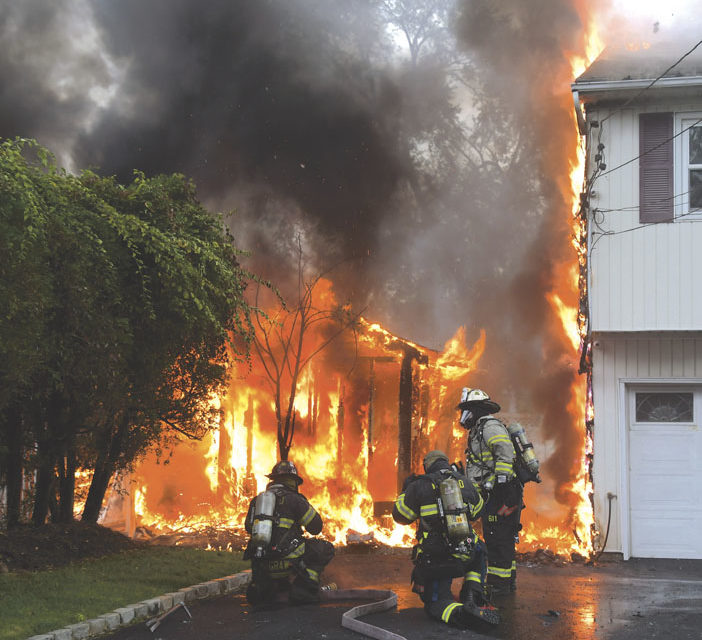 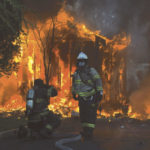 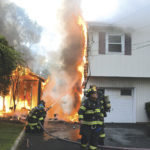 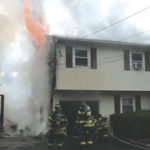 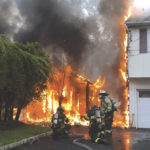 The West Babylon Fire Department was called to a house fire on Webster Drive. Chief of Department Schumann arrived to find a shed next to the house fully involved and extending into the house in the garage, second floor and attic. First Assistant Chief Sullo handled operations as units arrived. Engine 1-9-2 stretched the first line, while other crews stretched a second line to the exterior to extinguish the fire in the shed and exterior of the house. The crews from Ladder 1-9-4 and Heavy Rescue 1-9-15 laddered, vented and searched. It took about 30 minutes to bring the fire under control with no reported injuries. Also responding were North Lindenhurst along with the Wyandanch-Wheatley Heights Ambulance Corps rehab vehicle. Lindenhurst stood by at West Babylon. The occupants of the home exited the house uninjured. A neighboring house suffered heat damaged to its siding.
– Fire News photos by Paul Mazza 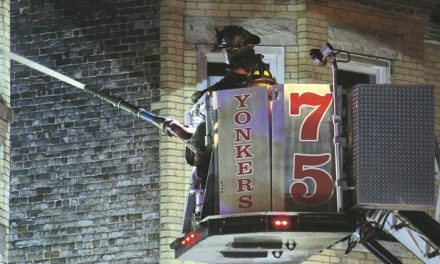 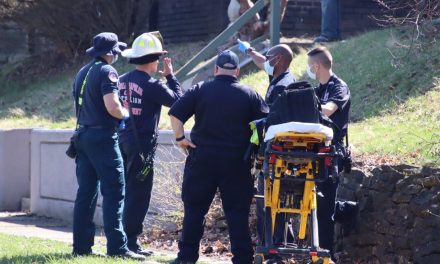 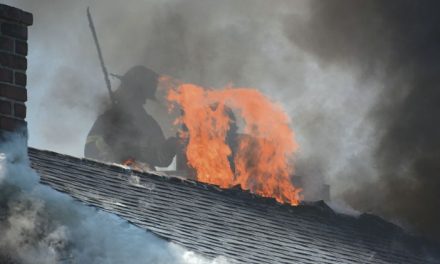 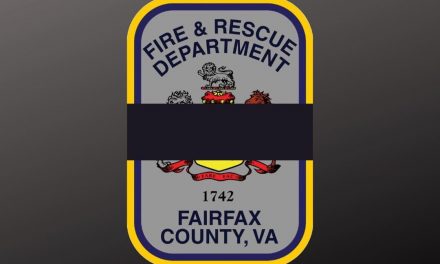