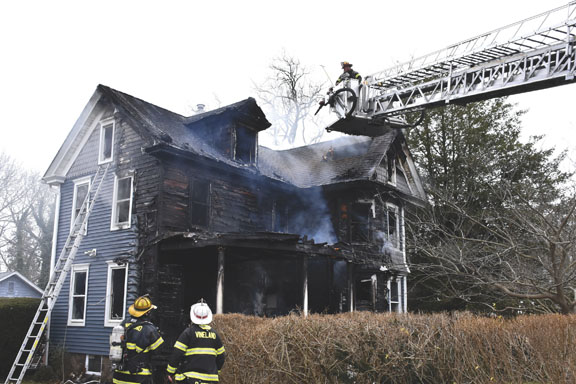 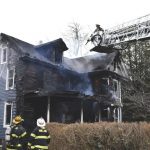 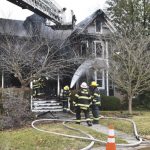 The City of Vineland Fire responded to South State Street for a structure fire. Chief of Department Tramontana responded and reported a column of smoke visible. On arrival he reported heavy fire from a residential structure. Residents on location confirmed the dwelling was evacuated. Engine 6 laid in from a hydrant and Tower 6 set up on the A side of the structure. A 2-½ inch line was put into operation from Engine 6 to the A/B corner due to electric lines down in the front yard, which impeded an attack from the A side. City of Vineland Municipal Utility arrived and disconnected power at that pole. There was also excessive heat to the B side which was impinging on the B side exposure and causing that siding to buckle. The line knocked down the heavy fire which reduced the exposure issue. Rescue 1’s crew stretched a 1-¾ inch line to the C side rear door and extinguished the interior fire.  Meanwhile, Tower 6 used its master stream to knock down fire in the attic and created a vent hole on the D side roof. Crews were then sent back inside to overhaul and extinguish any remaining fire. 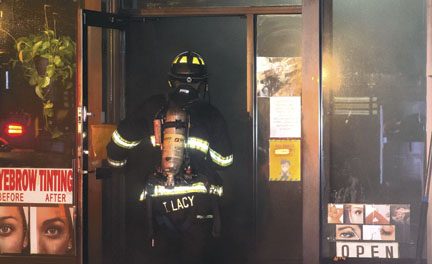