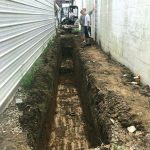 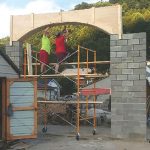 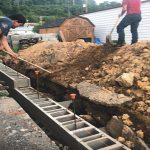 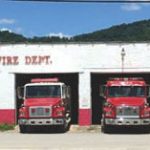 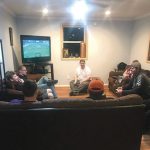 The Chapmanville Fire Department was founded on March 17, 1954. The founding mission that is still followed today is to protect lives and property of residents within the Town of Chapmanville and surrounding communities. Besides providing fire/rescue protection they encourage and teach public safety. Station 3 of the 12 Logan County Fire Departments covers approximately 95-square miles in its first due area, including the longest stretch of US 119 in Logan County.  They also run mutual aid with several other departments in Logan, Boone and Lincoln counties. The department averages 45 calls per a month, and is 100 percent voluntee.

Since the conception of the department it has  been housed in the same building that was converted in 1954 from the local town hall/police department. Minor structural repairs have been routinely done throughout the years but with the age of the building it was in desperate need of a cosmetic overhaul.  Due to the struggling economy within our area, mainly due to the decline of coal production, we found our county and city to be financially strained.

Thomas Perry, J.r., being an active member with the department for 30-plus years and Chief for well over the last decade has stood as a bold leader in the substantial growth and development within our department. In early 2017, he single-handedly changed the face of our department forever.

Chief Perry commenced to set our dream of having a new station into reality. After countless hours of planning, designing and meeting with city officials, he finally received a sparse allotment of funds combined with department allotted funds to begin construction. Summer of 2017 was the beginning of phase 1 of the project, which included remodeling the interior and exterior of the 60-plus year old main structure.

Unfortunately, due to a very tight budget, Chief Perry had to get creative and stretch our funds drastically. This is when the membership stepped in and made the project rather interesting. Unable to afford a contractor full time to complete the project, he was able to direct the membership into the more routine construction and use contractors for the larger more complex plans.

Our project took a significant twist when we came in contact with a state Certified General Contractor, Dave Farmer. Dave was a friend to many of the members within the department but lived in a nearby town and did not have direct contact with our department on a regular basis.

After hours of discussing and planning between Chief Perry and Mr. Farmer a monumental task was about to take place and change the direction of our overall goal completely. It was immense enough that Dave became like family to the members of our department. Enough so that he moved his family into the area and became a member of our department. His (Dave’s) training, knowledge and military background was a perfect fit for our department.

After hundreds of man hours from Chief Perry, Dave, and the membership, along with stretching the previously mentioned budget, it came to fruition. Twelve thousand and five hundred (12,500) bricks were placed in intricate designs to layer the outside of the old building which gave it a brand-new look … along with some new framing, drywall and lighting on the interior.

Just as we thought this fantastic new appearance was the end of our journey, Chief Perry and Dave came up with a Phase II plan of upgrades consisting of a brand new 60- x 80-foot, two-story structure to be built in a  lot adjacent to our current building lot.

Chief Perry again went back to the drawing board and created hand-drawn blueprints to start the new construction. With yet more meetings set up with County Commissioners, he approached them with the Phase II plans accompanied with completed plans and photos from Phase I. After considerable efforts from the Chief, the County Commission has allotted funding for Phase II.

As you can imagine, a building of this magnitude would need four to five times the allotted funds from the County Commission.

Deemed necessary to complete the project on a crunched budget yet again, the membership stepped up and will fill the void by donating their time to help with construction.

Our membership will be supervised by the vigilant eye of Dave Farmer, our General Contractor.

All photos provided are from current or past members. Chapmanville FD owns and reserves all rights for use of  these photos. 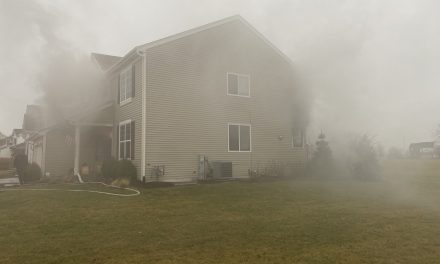 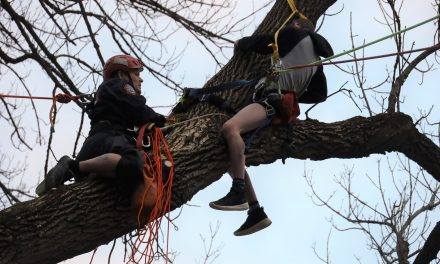