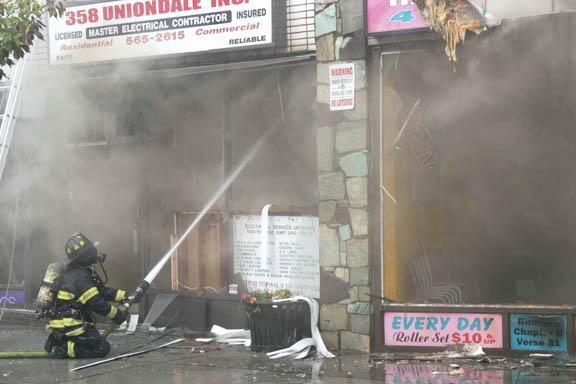 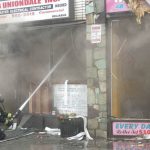 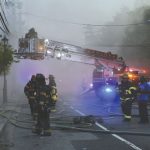 The Uniondale Fire Department was dispatched to either a brush or rubbish fire next to the house on Uniondale Avenue off Webster Avenue. Firefighters were met with heavy fire showing from a one-story taxpayer. The fire went on to reach a multiple alarm equivalency with all six businesses in the row of stores damaged in some way. Among the many mutual aid departments called was North Bellmore, North Merrick, East Meadow, Hempstead, Roosevelt, and Freeport. The cause of the fire was under investigation. 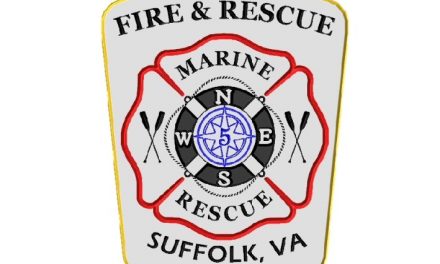