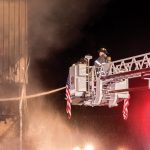 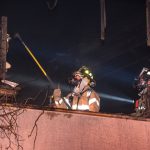 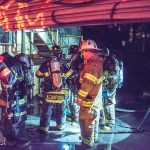 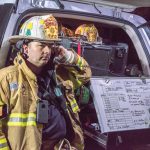 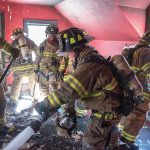 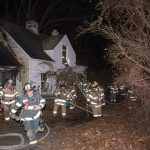 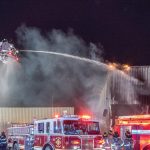 On March 9, 2017, the Terryville Fire Department knocked down a one-room fire in a vacant home on the Lawrence Aviation property. Several hours later, they responded to a larger fire in the same structure. While battling this fire, two residents informed Chief of Department Brendan Pilkington of a much bigger problem nearby. A vacant factory was now burning on the site of Lawrence Aviation, which is a superfund site. Since the site is well known by the department, a preplanned operation was put into effect to insure the safety of the firefighters battling the blaze. With the help of numerous mutual aid departments, both fires were safely extinguished. The fire is under investigation by the Suffolk County Arson Squad and the Town of Brookhaven Fire Marshal’s Office. 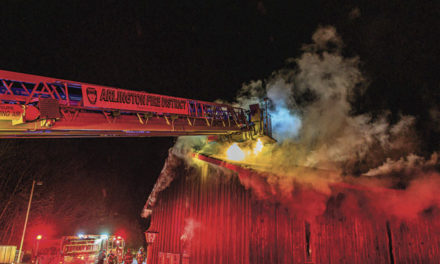 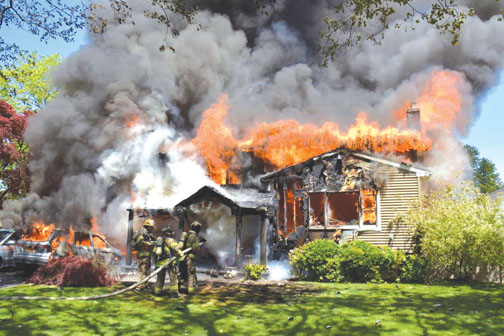