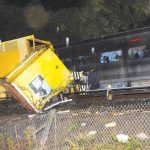 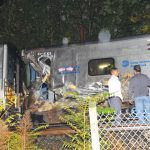 Thirty-three people were injured on October 8, 2016, when a LIRR passenger train and work train collided just west of the Merillon Station in Garden City. Several cars of the 12-car train, with nearly 600 passengers aboard, jumped the tracks. An MCI was declared, which brought departments from around the county to the staging area. Ambulances and light trucks were special called to assist with the removal of the passengers. New York State Governor Andrew Cuomo toured the site the following morning with local officials and LIRR representatives. 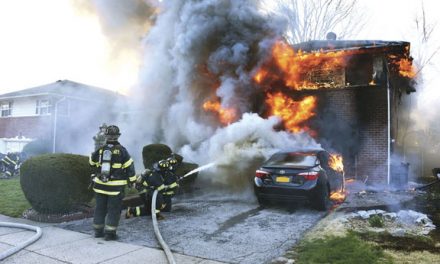