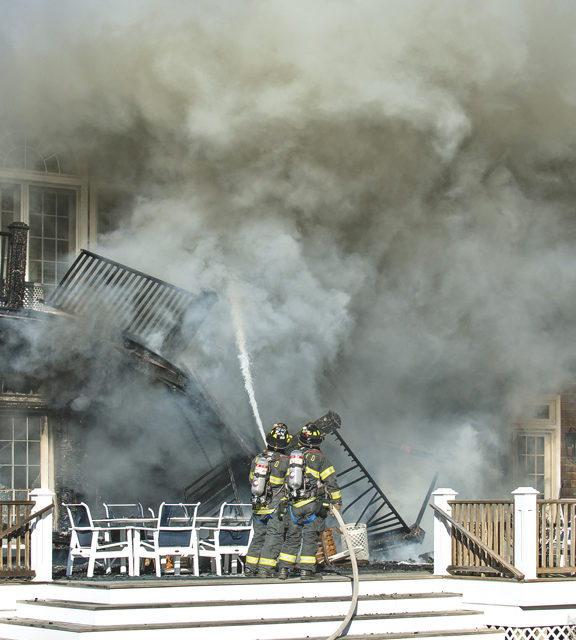 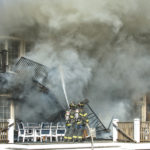 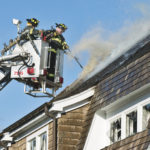 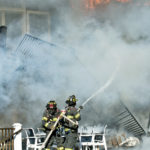 The Westhampton Beach Fire Department was called out for a structure fire on Michaels Way in Westhampton Beach. The  fire was called in by the homeowner who was at home. Third Assistant Chief Larry Saccente reported heavy fire at the rear of the house and along the roof line. The department began attacking the fire which, according to Chief Halsey Stevens, because of its location, proved to be particularly difficult to extinguish. After fighting the fire at the rear, firefighters used the bucket to ventilate the roof. Once this was accomplished, interior hose teams were able to attack the fire, which ran through an attic above the second floor. The modern home had plywood sheathing above the ceiling sheetrock. Tha,t and the 10-foot height of the second floor ceilings, made it difficult to get water on it. Mutual aid came from Eastport, Quogue and East Moriches with ambulances coming from Westhampton War Memorial, Shirley Community, East Moriches and Flanders-Northampton. 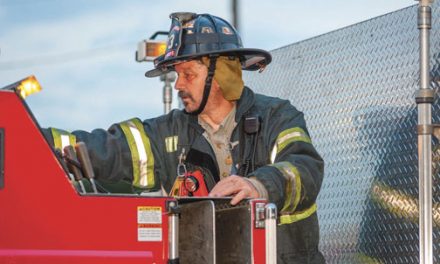 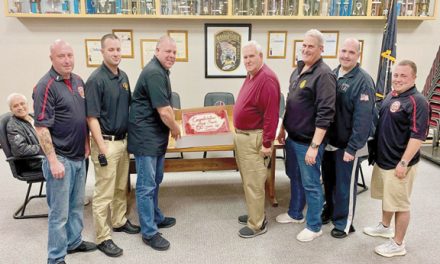 50 Years of Service for Frank Nocerino