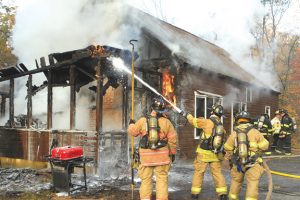 On October 27, 2016, Lunenburg (MA) firefighters responded to a fast moving fire which destroyed a single-family cape. On arrival of firefighters, heavy fire was consuming the porch area of the home and threatened a propane tank. Chief of Department Patrick Sullivan ordered a second alarm bringing in mutual aid from Leominster, Fitchburg and Townsend. Due to the heavy fire conditions, 2-1/2 inch lines were stretched to knock down the main body of fire and then 1-3/4 lines were used for the interior attack. Firefighters went into a interior attack but were pulled out until they could get the heavy fire knocked down. It took about 45 minutes to bring the fire under control. Three men shared the home and only one was home at the time of the fire. He was able to escape prior to arrival of the fire department. 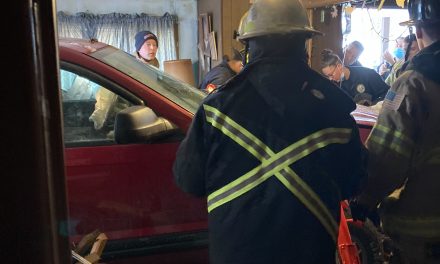