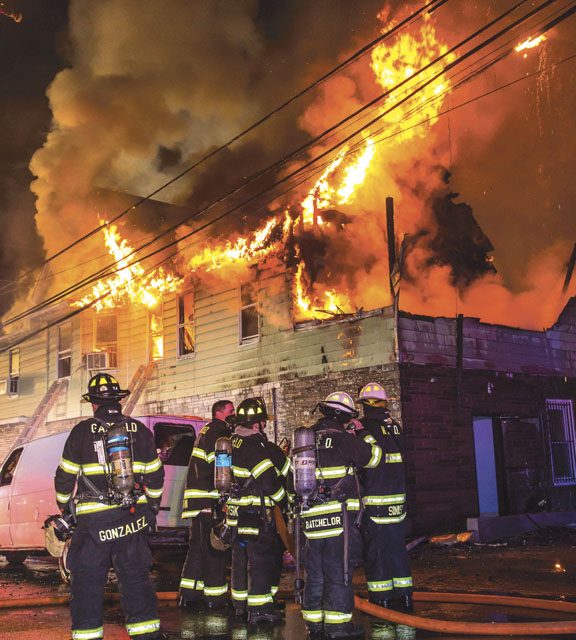 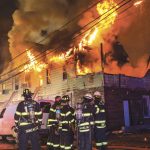 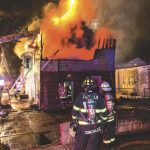 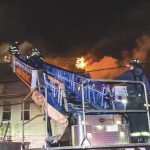 The Garfield Fire Department was alerted for a structure fire on Maple Street. On arrival, command reported a working fire in the rear of a three-story taxpayer with wires burning and quickly requested a second alarm. The fire building was located on the corner of Maple and Palisades, and was a large 2-1/2 story frame housing a laundromat on the first floor and apartments on the upper floors. Heavy fire was venting out the rear on the second floor, as companies made a push through the interior. Due to a localized collapse on the C-D corner and with conditions deteriorating, command ordered all members out of the building. With outside lines knocking down the bulk of the exterior fire, crews attempted another interior attack and appeared to be making progress, however heavy fire started breaking out in the attic as well as the second floor, forcing command to pull everyone out and go defensive with a ladder pipe, tower ladder and several exterior handlines. Again, after most of the visible fire was knocked down, crews re-entered the building and were able to open up and start extinguishing hidden pockets of fire, and the fire was placed under control at 0150. At least one firefighter was injured when he fell down the stairs during the initial attack. Several occupants were displaced and the cause of the fire was under investigation. 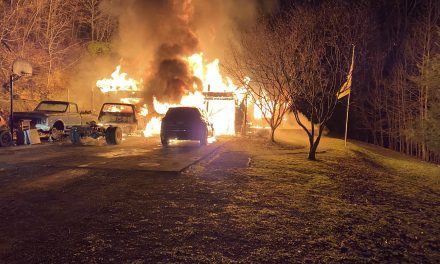 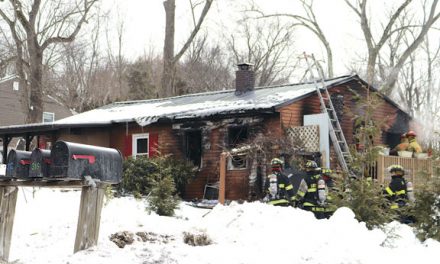 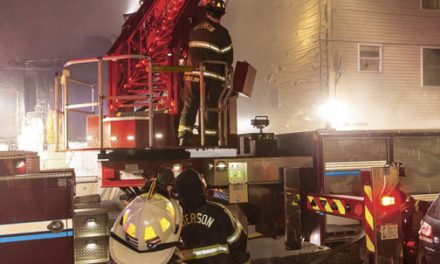