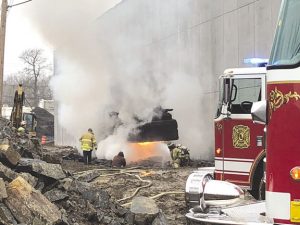 On April 19, 2018, the Totowa Fire Department was dispatched to a construction site on Union Boulevard for a reported construction machine on fire. Unit 970 advised incoming units of extremely muddy conditions in the rear of the property. The first-due engine was able to make an attack on the fire but was making no progress by the time it emptied its tank. Command made the decision to let some of the excess fuel and hydraulic fluid burn off before continuing the attack. Two West Paterson engines arrived to shuttle water, and the fire was eventually stopped 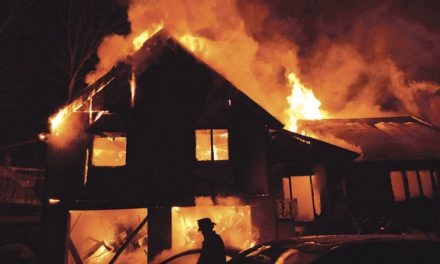