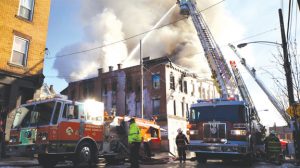 On December 28, 2017, firefighters were dispatched to the 700 Block of Chartiers Avenue in McKees Rocks for a reported fire on the third floor of an apartment building. Police arrived and began getting people out of the building. Fire units arrived to heavy fire showing on the third floor. Firefighters rescued several people and began an offensive attack. Finally, all units were evacuated from the building and defensive operations began and continued for several hours before the fire was brought under control. Twelve residents were displaced and the building was considered a total loss. Several people were treated for minor injuries mainly due to falling on ice in the single digital temperatures. 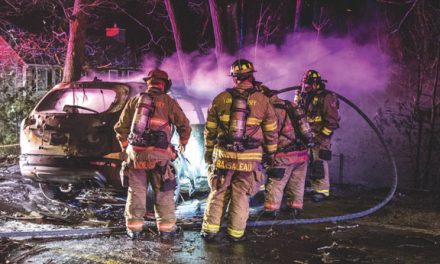