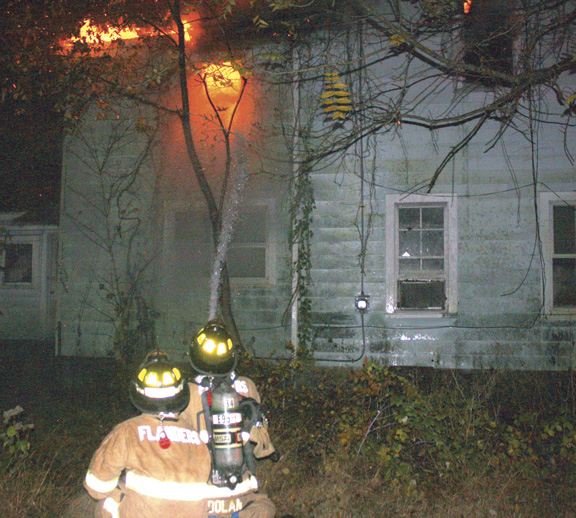 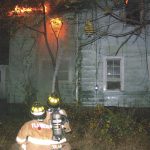 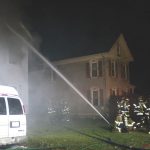 The Flanders Fire Department was drilling when a homeowner from three houses down pulled into the station and reported his house was on fire. Crews radioed the dispatcher and reported a working house fire and called a second alarm, bringing Budd Lake, Roxbury, Chester and Netcong. Cars 90 and 91 arrived to a 2-1/2 story wood frame with fire showing from the first and second floors. Engine 95 and Tower 96 started an interior attack but were forced out due to heavy fire and hoarding conditions in the home. Budd Lake’s chiefs and Engines 59 and 53 arrived and took the rear and established a second water source as two ground monitors and a tower ladder went into service. The fire was darkened down within a half-hour but, due to a collapse of the second floor and delta side, a excavator was called in for demolition. There were no injuries but the late 1800s house was a total loss. All crews were released around 0300. The fire was under investigation by the Mount Olive Fire Marshal’s Office and the Mount Olive Police. 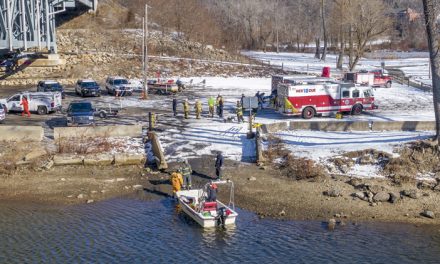