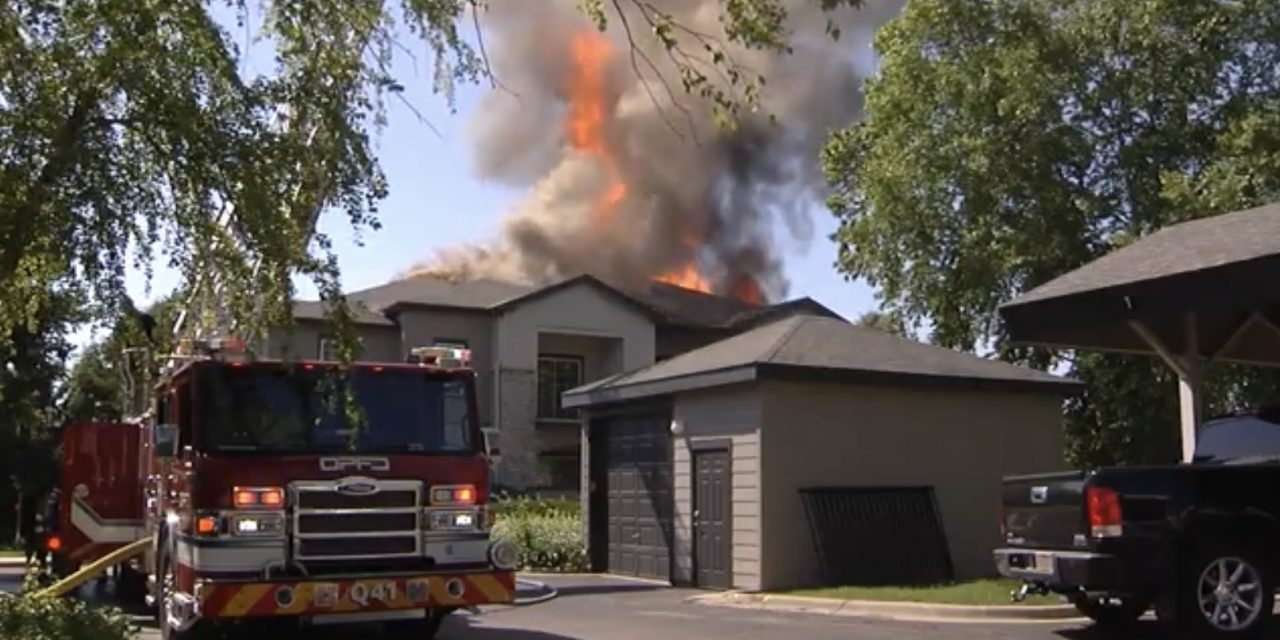 Just before 4 p.m. crews from Overland Park and Lenexa Fire Departments were called
to an apartment fire at the Highlands Apartments in the 8000 block of Farley Street. While
in route, crews received word of a possible trapped victim.

First units on the scene reported heavy smoke showing from a two-story, multi-unit
apartment building. Firefighters began an offensive fire attack in the attic of the structure,
while additional crews assisted a person with mobility issues from the scene. A primary
search of the building was completed and the building was found to be clear of occupants.
During the firefight, crews began to see ceiling collapse and the fire broke through the roof
of the building. At that point, all crews were pulled from the structure and they shifted to a
defensive fire attack. Crews used aerials streams and ground lines to bring the fire under
control and contain it to the building of origin.

It took firefighters about an hour to bring the fire under control. Crews remained on
the scene for sometime conducting overhaul operations. No injuries are reported. All
occupants are accounted for. The building is likely a total loss. Thirteen people from seven
occupied units are displaced. The Red Cross is assisting eleven people with lodging. The
cause of the fire is under investigation. 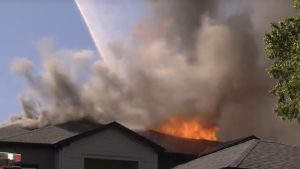 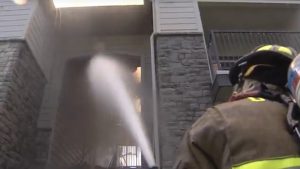 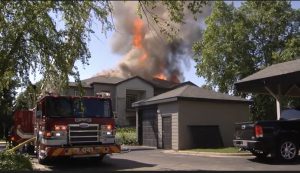 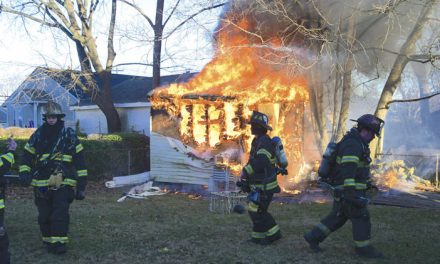 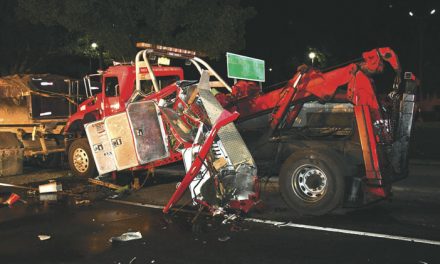 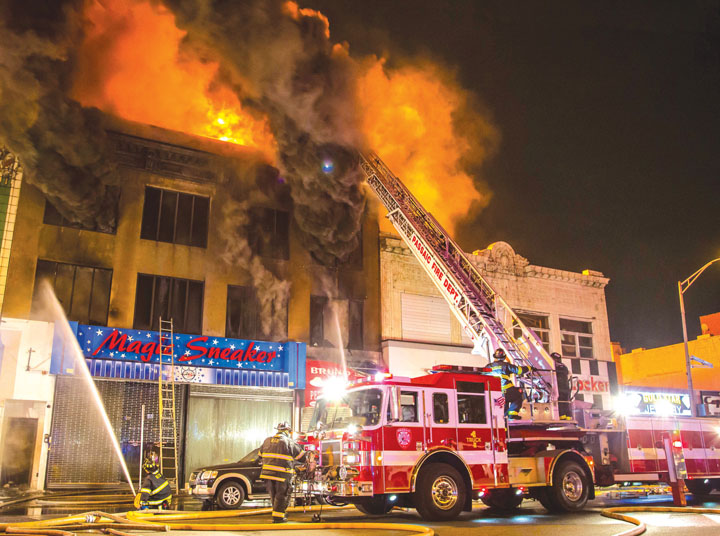