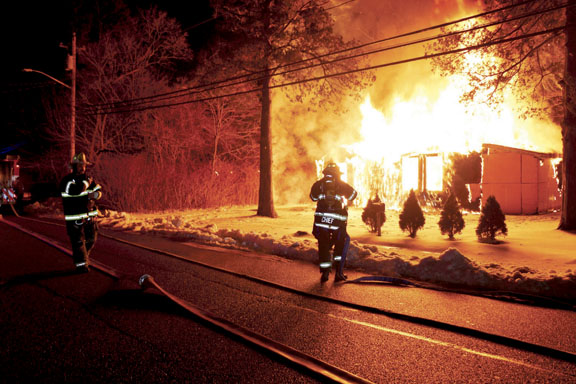 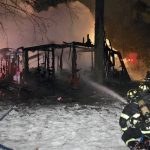 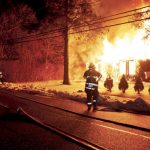 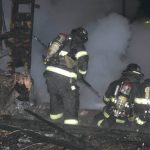 For the second time in less than 12 hours, the North Amityville Fire Company responded to a reported fire in a vacant house, this time on Columbus Boulevard. Third Assistant Chief Henry was followed by Chief of Department Riordan. Chief Henry advised Chief Riordan that he could see flames from a distance. When the Chiefs arrived, they found a 1-1/2 story house reported to be under renovation, fully involved and partially collapsed. Engine 1-7-1 grabbed a hydrant on Great Neck Road and, along with Amityville Engine 1-1-2, stretched two lines. North Lindenhurst Engine 1-11-1 picked up a second hydrant. A third line was stretched and operated by Copiague. It took over an hour to bring the fire under control and once searches were able to be done, all were negative. Additional mutual aid came from East Farmingdale, Farmingdale, Lindenhurst and Massapequa. The fire is considered suspicious and the cause is under investigation. One firefighter suffered minor injuries. 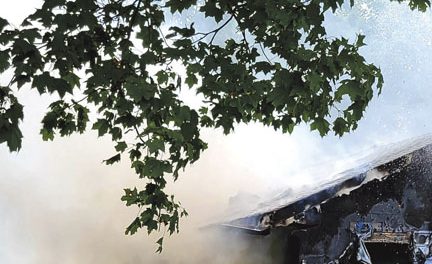 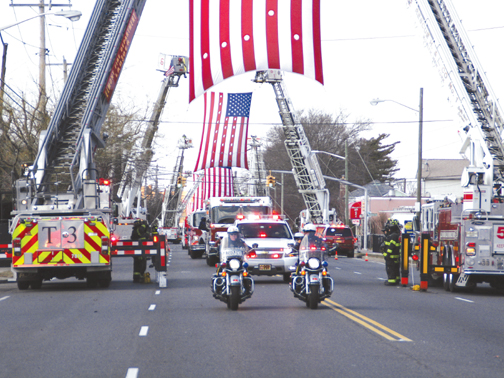