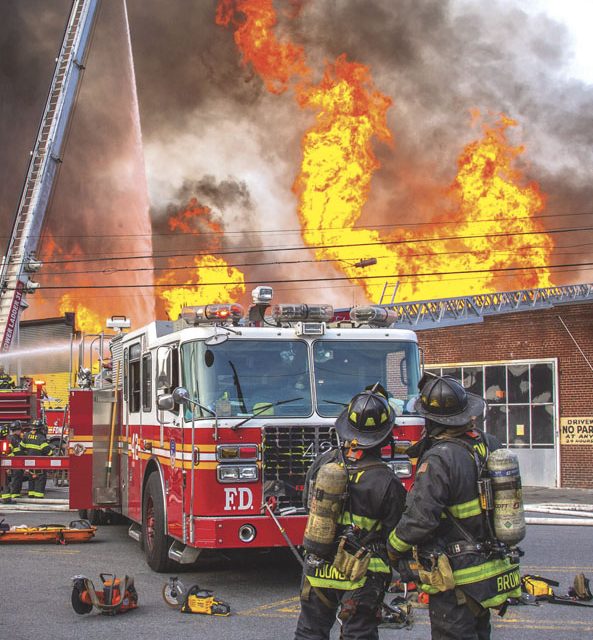 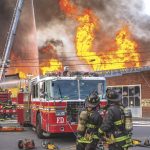 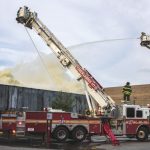 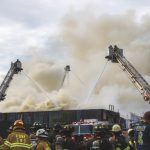 FDNY firefighters in the Bronx were dispatched to an auto salvage and pallet yard on Drake Street in the Hunts Point section. First arriving companies found heavy fire that involved a large amount of pallets and vehicles. Smoke from the fire was so thick and intense that the smoke could be seen over 22-miles away in Connecticut. Firefighters worked to stretch lines and set up tower ladders as they encountered flames that shot 20-plus feet in the air as well as severe radiant heat that caught numerous cars and trucks outside the yard on fire. The already well-advanced fire eventually took over the entire salvage yard. At one point, six tower ladders and five handlines were in operation to knock down the fire. After two hours, five alarms, and almost 200 firefighters responding, the fire was brought under control. The fire has been deemed suspicious. 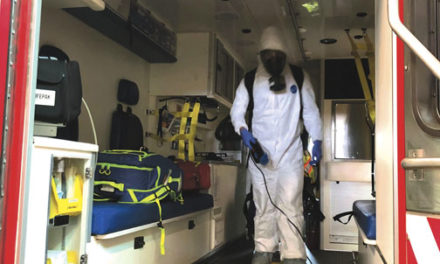 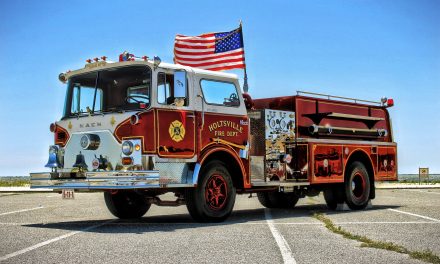