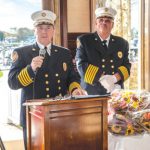 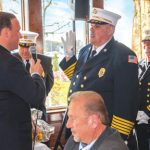 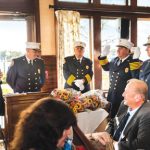 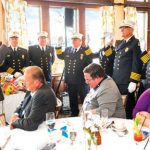 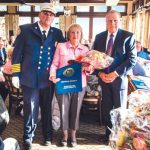 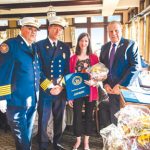 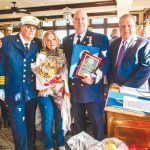 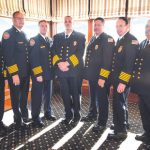 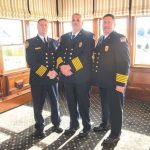 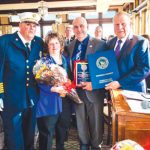 A special presentation was made to Tom Kost’s and Drew McCaffery’s families.

Thomas Kost was a 54-year member of the Lindenhurst Fire Department. He held the position of Chief of the Department from 1993-1995. Tom was a field training instructor at the Suffolk County Fire Academy. He passed away on August 5, 2017.

Andrew ‘Drew’ McCaffery was a 24-year member of the Cutchogue Fire Department. He was a charter member of their juniors, joining in 1991. Andrew climbed up the ranks and served as Chief of the Department in 2009 – 2010. Drew was an active member of the department drill team. In 2013 Drew was elected Commissioner. He passed away on August 12, 2017.

Fire Chief of the Year was presented to Second Assistant Chief Patrick Diecidue of the Smithtown Fire Department. Patrick is a 26-year member of the department. On August 24 of last year Assistant Chief Patrick Diecidue responded to a call for a structure fire. As Chief Diecidue was responding, he was notified of occupants trapped inside. Under his command, three victims were removed and saved.

The Rick Van de Kieft Award went to Rudy Sunderman. Rudy has been a member with the Mastic Fire Department since 1987 and is Chief of the Department. He has received the medal of valor for his life saving actions and heroism three times. He is a past-Chief of the Mastic Ambulance, past-President of the Brookhaven Town Fire Police Association, and past-President of Brookhaven Town Fire Districts, Rudy has given over 30 years to the fire service. 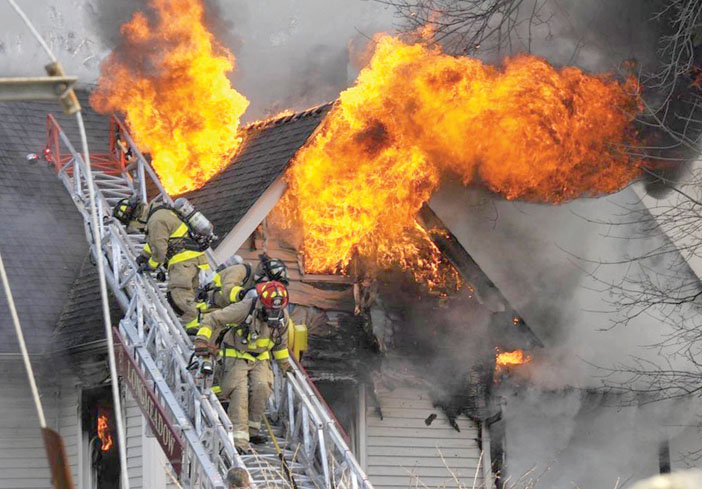