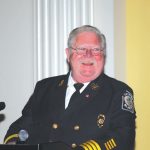 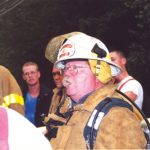 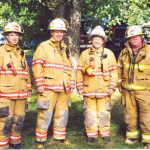 He joined the Tariffville Fire Company 1974 and was a Captain when they merged with the Simsbury Volunteer Fire Company in 1983. He rose through the ranks again and was appointed Deputy Chief of Training on January 5, 2005, with the call sign of S-21.

According to Chief James A. Baldis, “Mike had a passion for training and was instrumental in Simsbury’s advanced training of high angle rope rescue needed for Talcott Mountain and swift water rescue needed for the Farmington River Gorge at Tariffville.” Jepeal was also responsible for specifications and procurement of new mobile fire apparatus and personal protective equipment and tools.

Jepeal worked in the Certification Division for the Commission on Fire Prevention and Control. In that capacity, he interacted with, and was respected by, firefighters throughout the state.

In his own department, he was known for cooking for any fire department event. He led the food booth at the carnival, grilled at the picnic, baked potatoes and prepared firehouse chili at Septemberfest and headed up the cooking at the retiree’s dinner and Ladies Auxiliary dinner.

Simsbury firefighter Joseph Barrett spoke about his friend and said, “People have asked: ‘How long did you know Mike?’ Several answers present themselves: One: I knew Mike about a third of my life; or two, 19 years or so, or three (the one Mike would appreciate): Far, far too long. But the best and most truthful answer is, and ever will be: Not nearly long enough!”

Jepeal was born in 1954 and lived in Tariffville (CT) his entire life. He was married to the late Joan Aletha (Dahms) Jepeal and they had one son, Michael. He also leaves behind the legions of fire service members he has trained. 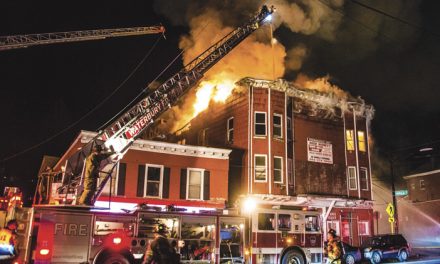