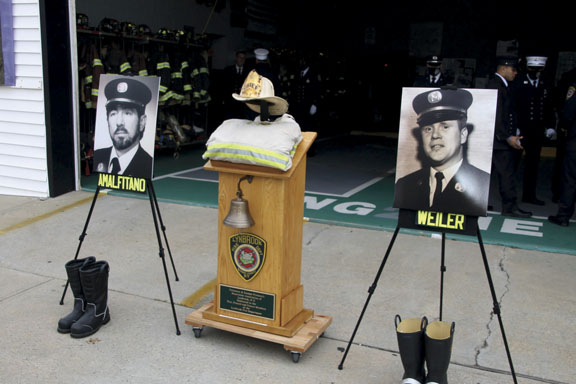 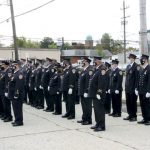 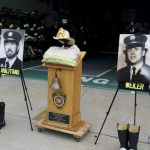 On October 25, 2020, the members of Vulcan Company 2 of the Lynbrook Fire Department held a memorial service for two of their members who passed away this year but, because of the Covid-19 virus, were previously unable to hold a formal memorial service.

For the service, a podium was set up in front of the firehouse bay door with a chief’s white coat and helmet on it and large photos of Chief Weiler and Chief Amalfitano on tripods on either side of the podium. Two firefighters stood at attention behind the photos.

The service was held in the street in front of Vulcan’s firehouse on a closed Denton Avenue. Family members and guests were properly spaced in chairs in the roadway while Vulcan members stood to one side and the department members stood behind the family and guests. Everyone wore face masks.

The service closed with department firefighters and Vulcan Company members walking up to the podium and the photos and rendering a final salute to both members. 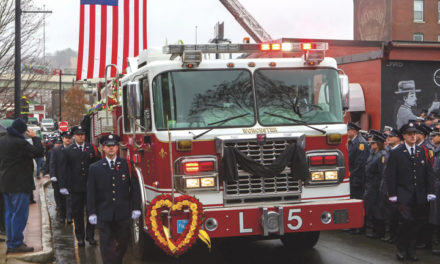