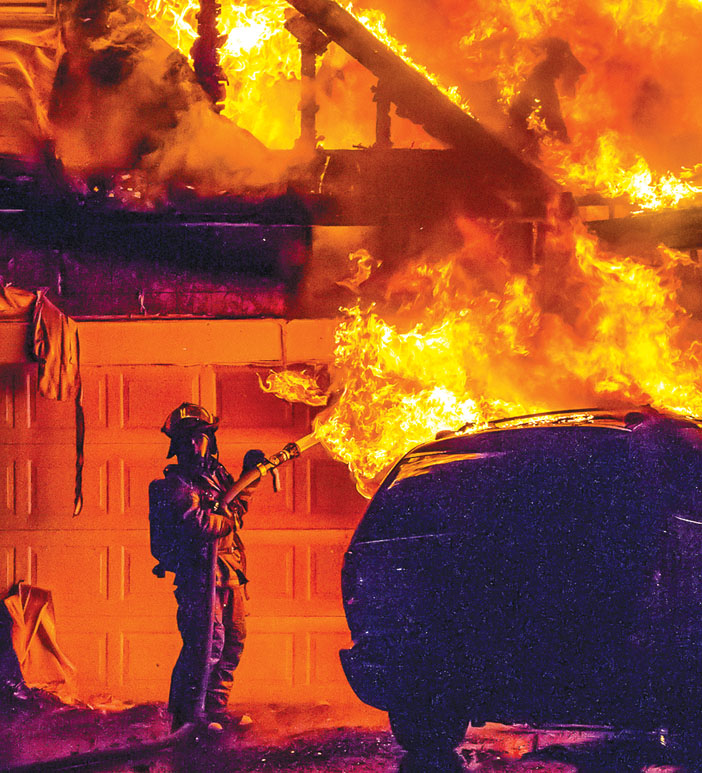 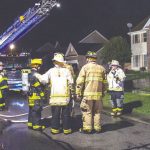 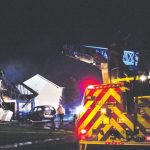 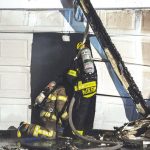 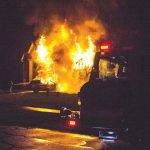 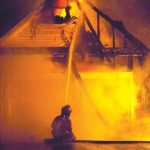 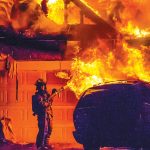 A homeowner on West Ham Circle in Chili heard a loud bang as a fierce thunderstorm rolled through the area. Soon after he found his house on fire. He and his wife escaped unharmed. When firefighters arrived they found the garage heavily involved, according to Clifton Chief Dave Richards. Three departments were called to the scene to assist Clifton as the thunder, lightning and rain kept falling. A quick response, and mutual aid from Chili and Scottsville, saved the house. The garage and three cars were a total loss. It took firefighters about 30 minutes to bring the fire under control. The Monroe County Fire Bureau was investigating the cause of the fire. One firefighter was taken to the hospital with a minor injury. 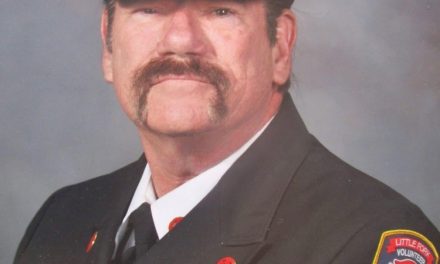 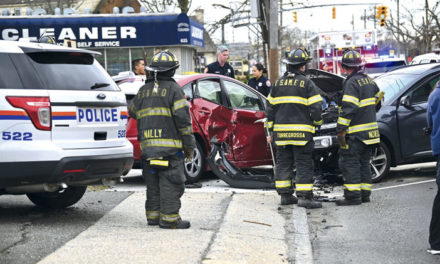