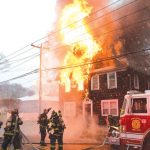 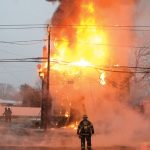 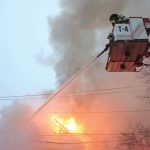 On January 14, 2017 the West Babylon Fire Department was activated for a house fire on Arnold Avenue. Second Assistant Chief Sullo arrived to heavy fire showing from the second floor and attic on the 1-2 exposure. Chief of Department Manzi and First Assistant Chief Schumann arrived along with Engine 1-9-3 and Ladder 1-9-4. Lines were stretched to the fire when fire burned through the power lines, with one part landing on Ladder 1-9-4 and the other half threatening Engine 1-9-3. With the wires down and the fire now through the roof and heavily involving the second floor, members were evacuated. Engine 1-9-6 put its deck gun into operation. Lindenhurst Ladder 1-6-4 was supplied by 1-9-8 and put its master stream into operation. Once the heavy fire was knocked down and the power secured by PSE&G, handlines were brought back into the house to extinguish the remaining fire. It took about an hour to bring the fire under control. The house was deemed unsafe and was demolished that evening. Mutual aid was provided by Lindenhurst; West Islip; Babylon, North Babylon, and East Farmingdale for additional ambulances; and Wyandanch-Wheatley Heights Ambulance rehab unit. Two firefighters suffered minor injuries. Chief of Department Manzi was in charge of the scene. 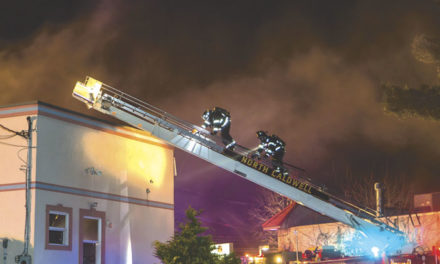 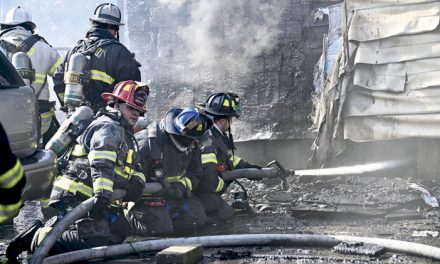