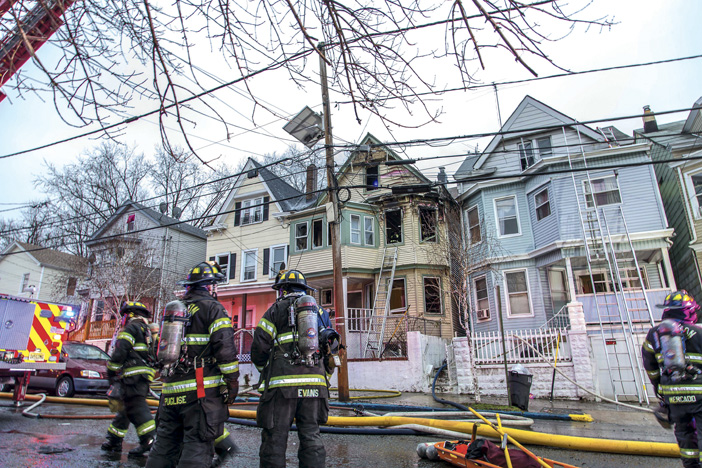 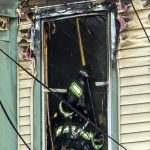 The Paterson Fire Department responded to reports of a house fire on North 5th Street in the 3rd Battalion area. On arrival, companies reported light smoke from a 2-1/2 story frame and further investigation revealed a fire in the basement. Lines were stretched as searches went underway and the main body of fire appeared to be knocked down quickly. As crews started overhauling, conditions rapidly deteriorated on the second floor and attic. Second and third alarms were sounded within minutes of each other as heavy fire started venting from the second floor and extending into the attic and the B & D exposures, similar frames separated by about a foot. Due to heavy fire, all members were withdrawn from the original fire building and a defensive attack was established to save the exposure buildings.  Once all heavy fire was knocked down, firefighters re-entered the building to complete extinguishment and overhaul. The fire was placed under control at 1850, with one firefighter suffering minor injuries. 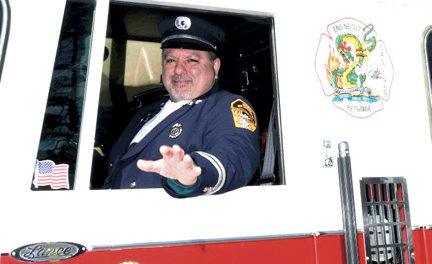 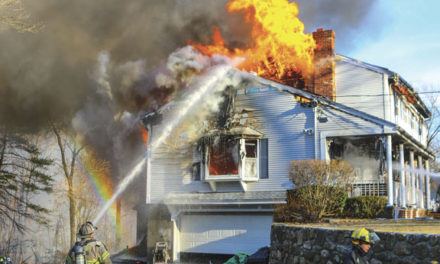