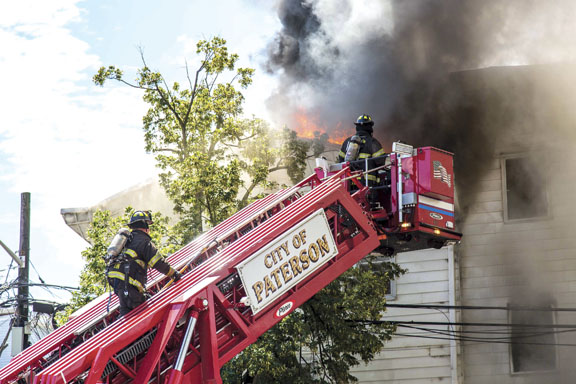 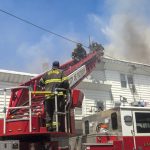 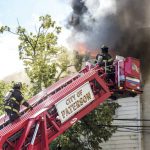 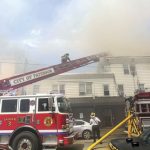 The Paterson Fire Dispatch transmitted a box for a building fire on Cianci Street. Crews arrived to heavy fire on the second and third floors of the three-story frame, mixed-use building which was attached on both sides. Searches were quickly conducted under severe conditions as firefighters stretched lines to stop the fire’s spread. With the fire spreading into both the Bravo and Delta exposures, a second alarm was transmitted, quickly followed by the third and, as conditions deteriorated, all members were withdrawn from the building. Four ladder pipes, two deck guns and multiple exterior handlines were pressed into service to extinguish the fire. A fourth alarm was requested bringing mutual aid to the scene. The fire took a couple of hours to be placed under control and crews remained on the scene into the night. 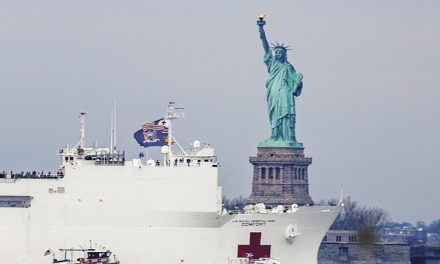