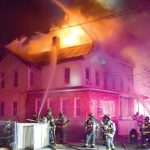 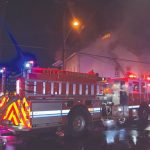 On December 10, 2017, the Paterson Fire Department responded to Holsman Avenue for multiple reports of a house fire. Engine 4 arrived and requested a second alarm for heavy fire showing from two, large, 2-1/2 story residential structures. Aerial ladders were set into place as crews attempted an interior attack. After 15 minutes, companies were forced to back out of the structure as heavy fire continued to show from the upper floor. Ladder pipes were put into operation along with multiple handlines from the exterior. A third alarm was eventually struck bringing all Paterson units to the scene and mutual aid companies to cover. 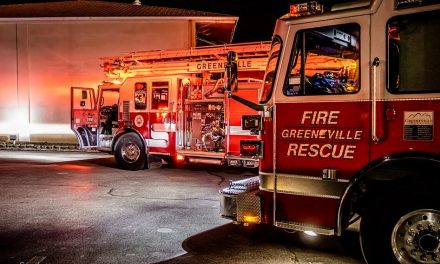