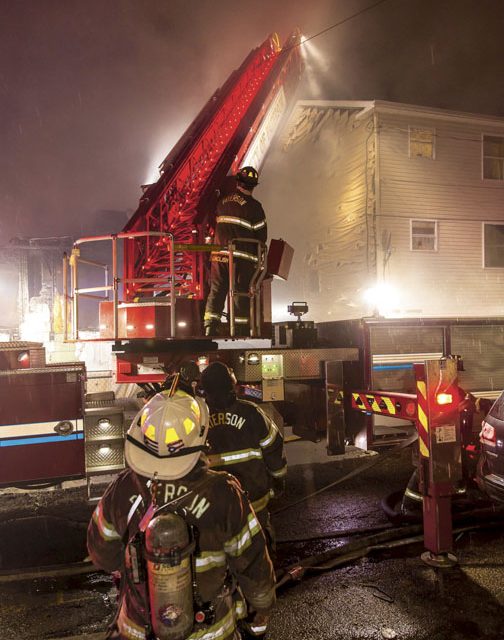 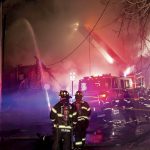 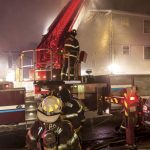 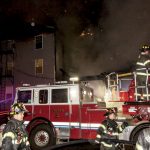 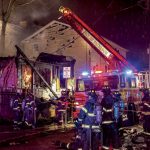 Both Paterson Police and Fire Dispatch received numerous calls for a reported building fire in the area of 12th Avenue and East 23rd Street. Patrol units arrived and confirmed a working fire and began assisting residents from the fire building as well as the exposures. Battalion 2 arrived and reported a fully-involved frame dwelling with extension into the B exposure, a three-story frame, multi-dwelling and requested a second alarm. On arrival of Deputy Chief Calamita, he concurred with Battalion 2’s report and reported heavy fire in the attic of the B exposure and several additional buildings threatened and requested a third alarm. The fire building on a narrow street making apparatus placement difficult. With multiple handlines and two elevated streams in operation, the main body of fire was knocked down within 45 minutes allowing crews to re-enter the B exposure and begin overhaul. The main fire building was a 1-1/2 story frame dwelling and the entire roof collapsed along with sections of the exterior walls. Two other buildings sustained exterior damage due to radiant heat. Companies remained on the scene until morning. No injuries were reported and the fire was under investigation by the Paterson Fire Department Arson unit along with the Passaic County Prosecutors Office.