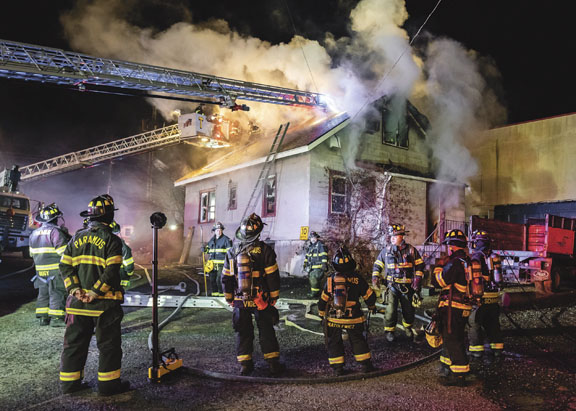 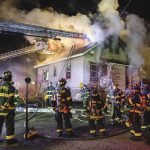 The Paramus Fire Department responded for a structure fire on East Ridgewood Avenue. Firefighters arrived to heavy smoke and fire showing from a 1-1/2 story wood framed home, used as a construction company office, and quickly mounted an interior attack. Along with several other area departments, crews were able to bring the fire under control, although the first floor and attic sustained significant damage. The fire was believed to have been started by a downed power line, which came to rest on the structure.