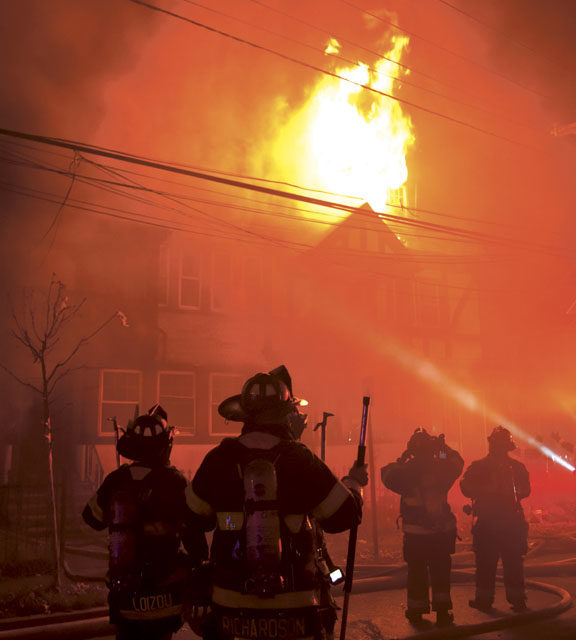 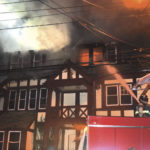 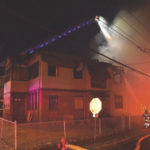 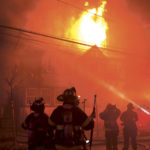 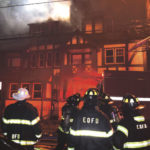 The Orange Fire Department responded to Hilyer Street for a reported house fire. Car 2 arrived to a large, vacant, three-story, multi-family dwelling with the rear of the home heavily involved. Crews immediately initiated a defensive attack and a second alarm was struck bringing East Orange, West Orange, and Montclair to the scene. Crews attempted an offensive attack but heavy fire consumed the third floor and started to self-vent from the A side and command pulled everyone from the structure. The fire was brought under control in three hours. This building was the site of a previous fire along with the building next door. There had been a handful of other fires on this block in years past.
– Fire News photos by Mark Rosetti 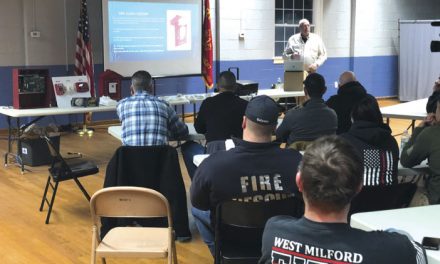