Keeping cool in the summer heat 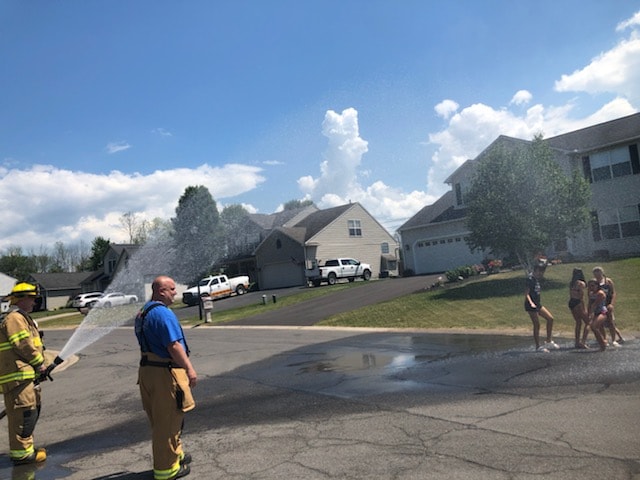 On Saturday June 20th, the Cicero Fire Department was alerted for a fire alarm activation at an address on Alizarin Ave. Upon the arrival of fire units, several neighbors provided a report that the owners were seen leaving earlier in the day and they were unsure why the fire alarm activated.

While units operated on-scene making entry into the residence with the Onondaga County Sheriffs Office to investigate (which turned out to be a faulty detector), it was noted several of the neighborhood children started gathering to see what was going on.

As a result of the high temperature (84+ degrees), we could see our members / neighborhood children were experiencing the affects of the high heat and it was decided we had a perfect way to provide everyone a way to cool off for a few minutes.