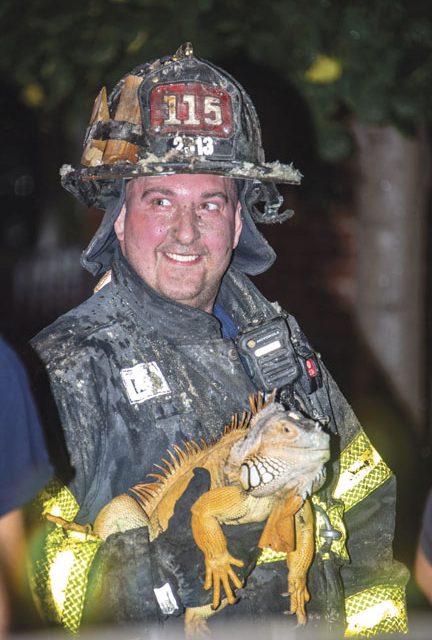 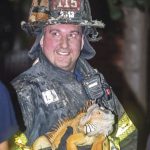 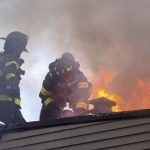 The Queens fire companies were dispatched to the area of 23rd Street and Astoria Boulevard for a house fire. Tower Ladder 117 arrived to fire on the top floor of a three-story brick, occupied, multiple-dwelling. Fire quickly spread from an outlet behind a refrigerator and extended into the ceiling. During searches of the fire floor, a member of Tower Ladder 115 found a large iguana hiding on a shelf. The four-foot-long pet was removed from the apartment and given to a neighbor. The fire was declared under control just before 1930. 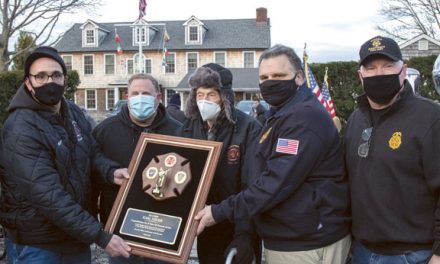