Not a Bad Stop After a 40-Minute Wait 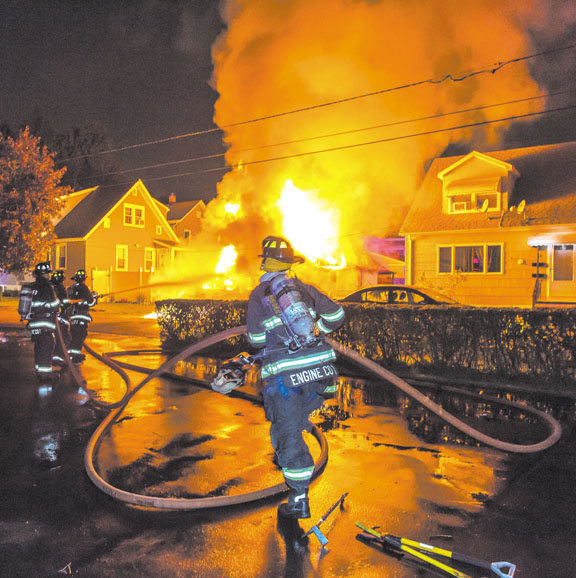 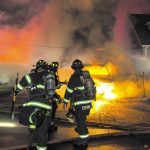 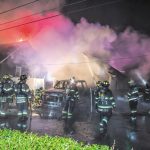 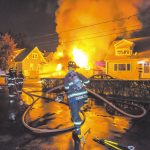 Late on August 7, 2018, following a line of severe thunderstorms that rolled through the area, Saddle Brook firefighters were dispatched to the area of Saddle River Road and Birk Street for a tree which had fallen, taking down electrical wires and a pole with transformers on it. The falling high tension wires draped across Saddle River Road landing on a pickup truck and igniting it. The flames then spread to a detached 1-1/2 story two-car garage as firefighters were forced to wait for the power to be shut off. Power was finally cut after about 40 minutes and crews immediately started extinguishment with several handlines. A second alarm was requested which brought several neighboring departments to the scene and for cover. The firefighters were successful in protecting two homes which were in close proximity, but both a garage and the pickup were destroyed.

House Fire for Hartly – and Help 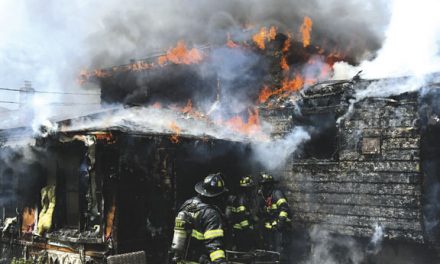