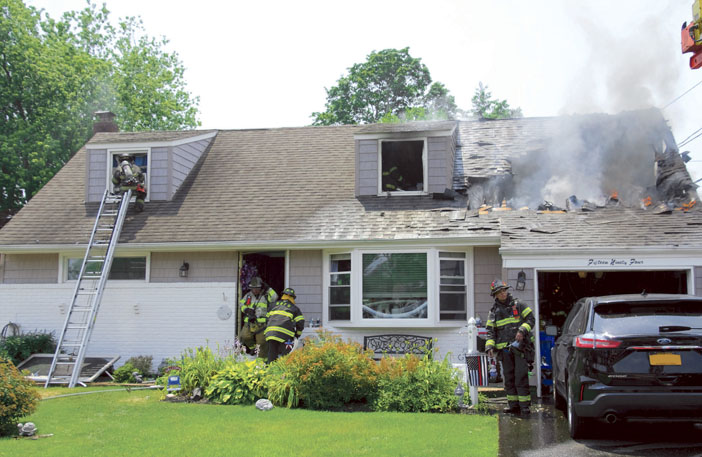 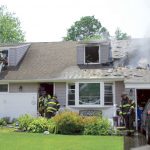 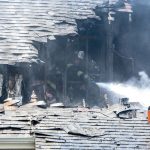 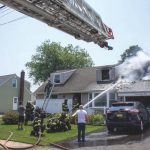 The North Bellmore Fire Department responded to a house fire on Little Neck Avenue. Second Assistant Chief Zaharis arrived to fire showing from the second floor of the home that caused a portion of the roof to burn away over the garage. Engine 655 was first due and its crew and additional arriving engine crews stretched and operated three lines, two to the interior and one on the exterior to protect a house on the exposure 4 side and knock down fire over the garage area. The crews from Ladders 657and 658 laddered, searched and vented the house. The fire was brought under control in about an hour. There were no reported injuries and the cause of the fire was under investigation.