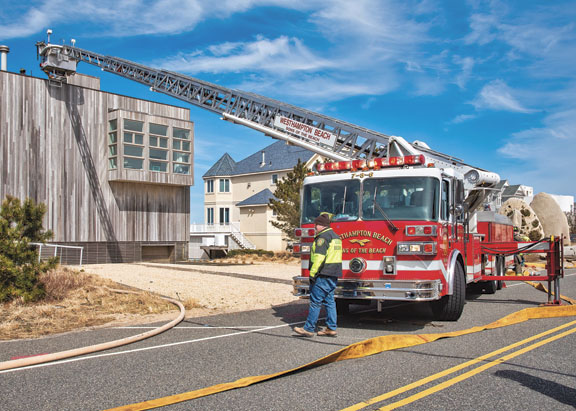 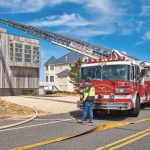 The Westhampton Beach Fire Department was called out for a residential fire in the 700 block of Dune Road in Westhampton Dunes. The department’s first-due engine, 7-8-1, with a crew that happened to be at the fire house when the call came in, was the first unit to arrive. The crew was able to run a hose line to the roof via interior stairs and was quickly able to subdue the fire it encountered on the flat roof. Ladder 7-8-6 accessed the roof via the bucket and commenced to saw holes in the roof allowing the hose team to extinguish pockets of fire that remained. The fire was contained to the roof. Also responding were East Quogue, East Moriches, Eastport and Quogue. A Westhampton Dunes constable and the Westhampton War Memorial Ambulance were also on scene. 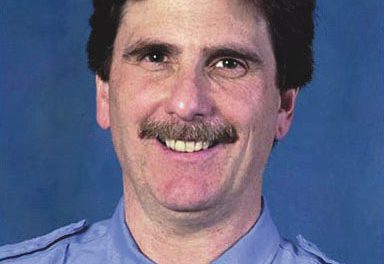 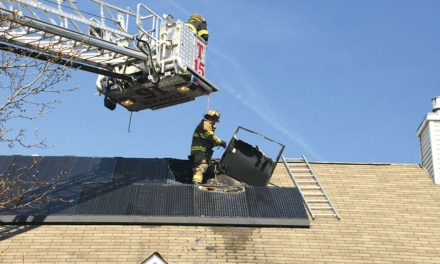 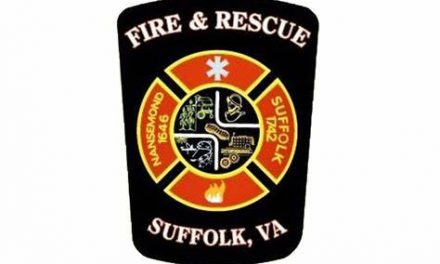