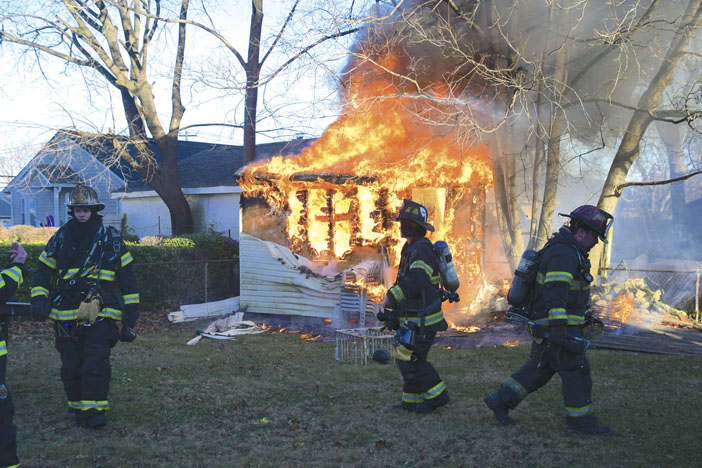 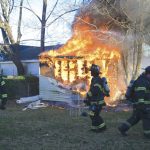 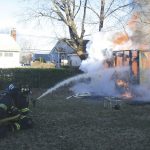 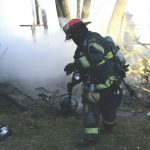 The North Amityville Fire Company was called to a shed fire to the rear of an Essen Drive home. Chief of Department Riordan was told that Suffolk police were on scene with a fully involved shed which had propane tanks going off inside and that the fire was spreading to a garage of a Great Neck Road home. Chief Riordan called for mutual aid. Copiague Engine 1-3-9 and mutual aid crews stretched lines to the rear yard. South Farmingdale Engine 972 put a third line into operation to protect the neighboring garage. Amityville Ladder 1-1-5 and Massapequa Ladder 636 took down the rest of the shed, overhauled and opened up to check for further extension. The fire was brought under control in about 30 minutes with no reported injuries.