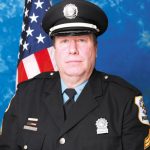 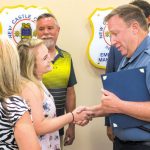 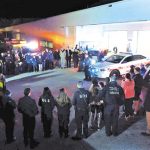 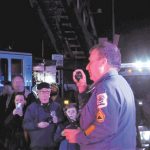 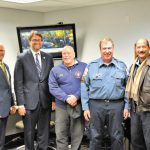 Senior Corporal Thomas Murphy, Jr., retired from the Emergency Medical Services Division of the Department of Public Safety on December 7, 2018 following 38 years of service.  He completed his final shift on a New Castle County Paramedic unit on December 4, 2018, and was greeted by many of his co-workers, fire service colleagues and others as he departed Paramedic Station No. 3.

S/Cpl. Murphy was appointed to the Emergency Medical Services Division in December 1980 as an Ambulance Cardiac Technician. He completed paramedic training at the Medical Center of Delaware in October 1984, and was subsequently promoted to Paramedic. He was promoted to the rank of Paramedic Corporal in 2004 and to his current rank in 2017.

Murphy has been a CPR Instructor, Advanced Cardiac Life Support (ACLS) Instructor and Field Preceptor/Field Training Officer since 1990. He has participated in several projects throughout his career, including a Uniform Design Committee, Vehicle Design Committee, EMS for Children Grant Research Group, and the State Office of Paramedic Administration Paramedic Advisory Committee.

He is a graduate of Delaware Technical and Community College where he received an Associate of Science degree in Emergency Services Management with honors.

In June 2018, he had the opportunity to meet a woman he helped deliver on July 9, 1996, and reconnect with the parents 21 years after his participation with the emergency response to her birth at home.

Murphy’s final assignment was EMS Operations, Medic 9, where he also served as an FTO.

“Tom is the most senior paramedic in the Emergency Medical Services Division,” said Chief Lawrence E. Tan. “We thank him for his contributions to the service over the years, and wish him well in his well-deserved retirement.” 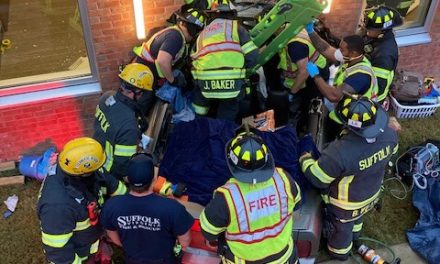