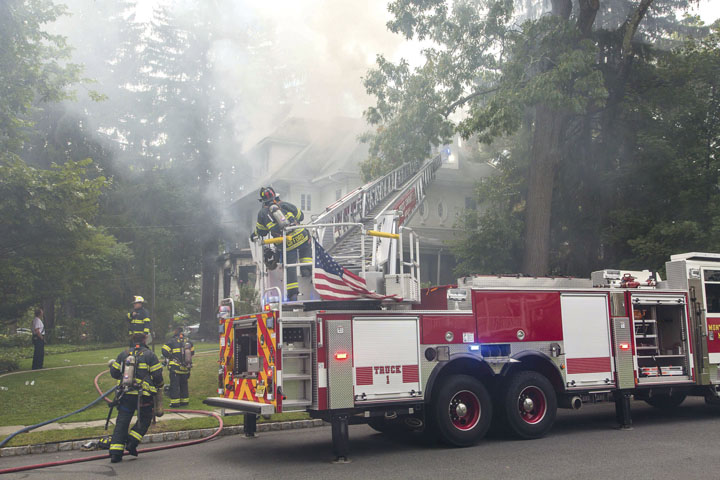 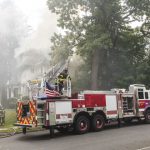 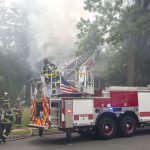 Montclair Fire Dispatch started receiving numerous calls for a house fire at the intersection of Norwood and Inwood Avenues. While en route, the chief reported a large column of smoke visible and on arrival reported heavy fire venting out the windows on the first floor of the large three-story multiple dwelling. Companies were able to quickly knock down the main body of fire on the first floor but, as companies opened up, fire was discovered traveling the walls.  A second alarm was transmitted about 15 minutes into the fire bringing much needed additional manpower to assist with opening up as heavy smoke was pushing from the attic. After a very aggressive interior attack with lots of truck work to open up the walls and roof, the fire was placed under control at 1420. 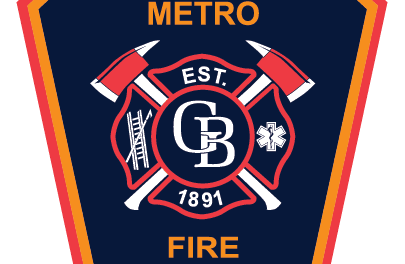 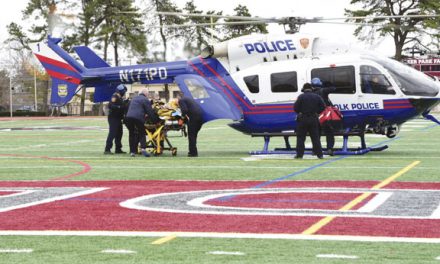