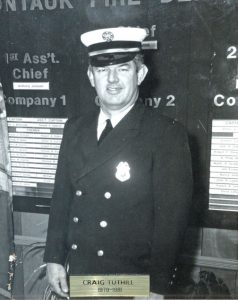 The Montauk Fire Department is extremely sad to report that Craig Tuthill, ex-Chief of the Montauk Fire Department, passed away on August 17, 2016, at North Shore Hospital, with his family by his side. “Things will never be the same around here without Craig,” said Chief Joe Lenahan about Craig’s 63 years of uninterrupted service to the community.

Mr. Tuthill, who was a fixture at the Montauk Fire House, was born on January 20, 1936, and was known to some as “Signal 4” (the call sign for everything’s under control). He was even better known for his calm demeanor. Craig started his career with the Montauk Fire Department on January 27, 1954. He rose through the ranks holding a broad variety of positions, and received many certifications in the fire and emergency service areas.

Ex-Chief Tuthill was a member of Engine Company #2 for 30 years, and served as its Captain in 1958 and 1959. He was also a member of Truck Company #5, and, in 2007, he moved to Fire Police Company #6. He was a charter member of the Montauk Ambulance Squad and served as its secretary for several years. Craig was also its House Man for many years, during which time he actually lived at the firehouse. He became a certified Public Safety Radio Dispatcher, and would dispatch fire and ambulance calls before the days of unified dispatching. Craig also held training certificates including HazMat training, arson/ bomb investigation, heavy rescue, incident command systems, aerial device operations, and marine fire operations, to name a few.

In addition to being a wealth of information about the department’s physical plant, he was also an expert in its history. He took great pride in the department and played an instrumental role in both the 50th and 75th anniversary celebrations. He said one of his proudest days was the day he was honored in 2014 as the Grand Marshal of the 75th  Department’s anniversary parade.

In speaking about ex-Chief Tuthill, Chief Joe Lenahan said that he will be sorely missed, not only by the Montauk Fire Department, but by all departments on Eastern Long Island. It’s hard to believe that we won’t be hearing Craig’s famous “Hey, Babe!” any more.

On behalf of the men and women of the department, Chief Lenahan would expressed his condolences to the family.

– The Chiefs, Officers and Members of the Montauk Fire Department 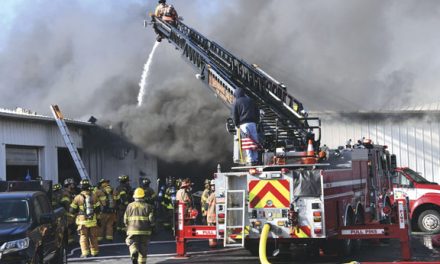 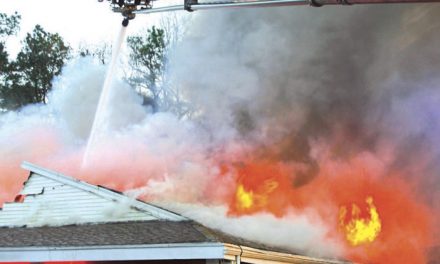 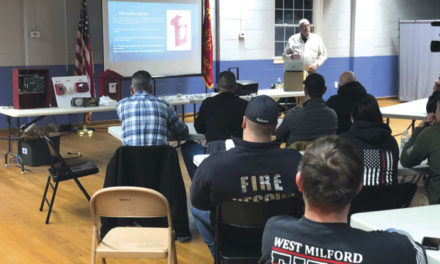