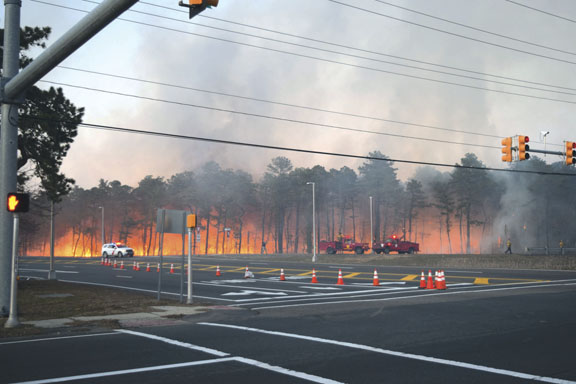 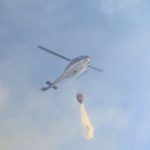 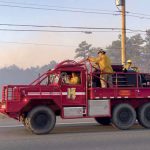 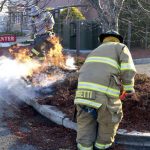 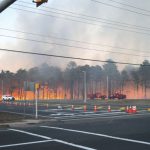 The Lakewood Fire Department responded to Airport Road for a brush fire. Crews arrived to a fast-moving brush fire that was threatening a structure and a second alarm was struck. The fire quickly consumed the structure, spreading rapidly to multiple other buildings and a large area of brush. A third alarm was transmitted as the fire jumped the Garden State Parkway and began to threaten numerous structures in Brick off of Route 70. The NJ Forest Fire Service deployed multiple brush trucks, along with other ground and air units. Multiple mutual aid assets from both Monmouth and Ocean counties were dispatched to multiple locations throughout the area to assist in extinguishing the main body of fire along with dozens of spot fires throughout both townships. The Garden State Parkway and Route 70 had to be completely shut down during the containment of the fire. One NJFFS firefighter suffered a cardiac event during the fight and was hospitalized. 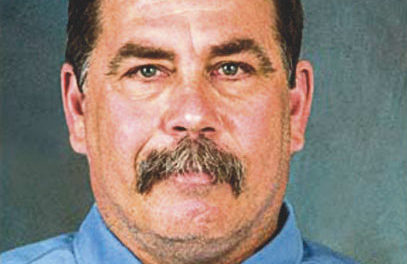