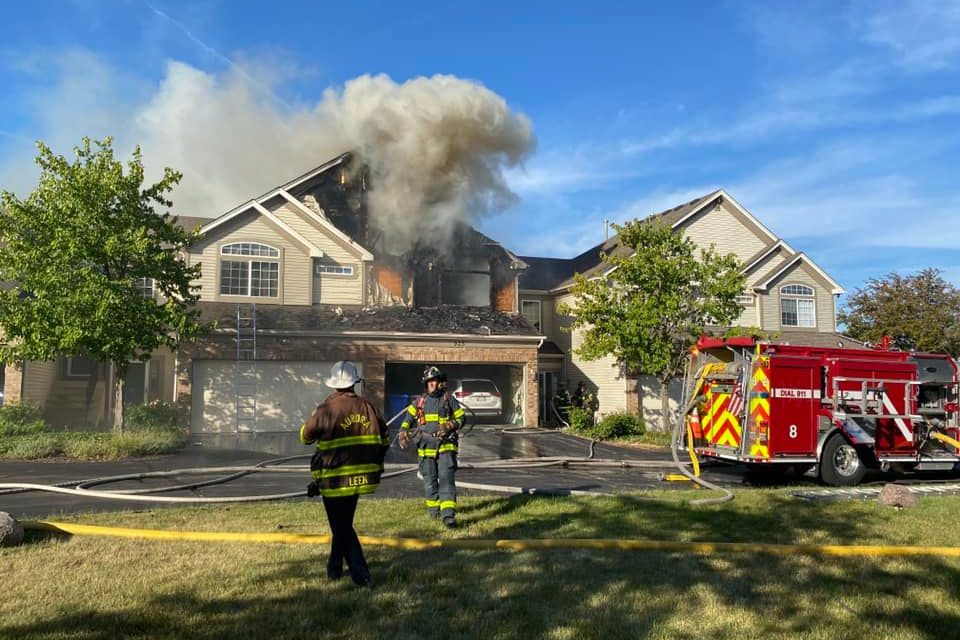 On June 30, 2022, at 6:03 p.m., the Aurora Fire Department responded to a structure fire in the 900
block of Asbury Drive. Aurora Central Dispatch was receiving multiple calls. A 2nd Alarm was immediately
dispatched. Upon arrival, firefighters found a 2-story six-unit townhome complex with heavy fire showing
from the second floor of the middle unit with evacuation in progress.

The first arriving Engine Company used their deck gun to knock down the fire while they deployed a
hose line to the front door. Upon entry, firefighters found a 64-year-old male severely burned because
he attempted to extinguish the fire. The victim was rescued and moved to a paramedic unit. The
paramedics treated and transported the patient in critical condition to a local hospital, where he was
subsequently airlifted to a Level 1 Trauma and Burn Center.

An EMS Box was requested because it was unknown if other people were trapped inside. Firefighters
from the Engine Company advanced the hose line to extinguish the fire while the Truck Company
searched for additional victims; however, no other victims were found in the fire unit. Additional arriving
fire crews searched the adjacent units for victims and fire extension. Firefighters kept the fire from
spreading to the adjacent units; however, they were deemed uninhabitable as they sustained smoke and
water damage. The fire unit was also deemed uninhabitable.

A total of four adults and two children were displaced; however, they did not require the assistance of
Victim Services or the Red Cross. No firefighters were injured, and there were no additional civilians
injured. The cause of the fire is under investigation at this time.

A takeaway from this incident is if you have a fire in your home, immediately call 911 before attempting
to extinguish it. A fire extinguisher should be located on every level of the house, and it must be
understood how to use it. When trying to extinguish a fire, always have your back towards an exit and if
the fire cannot be extinguished within a few seconds, exit the building immediately. 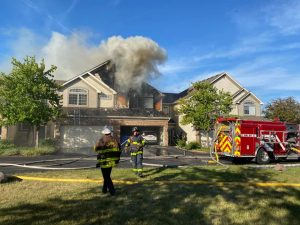 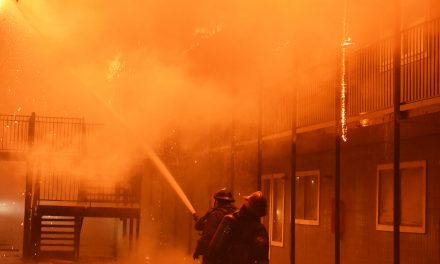