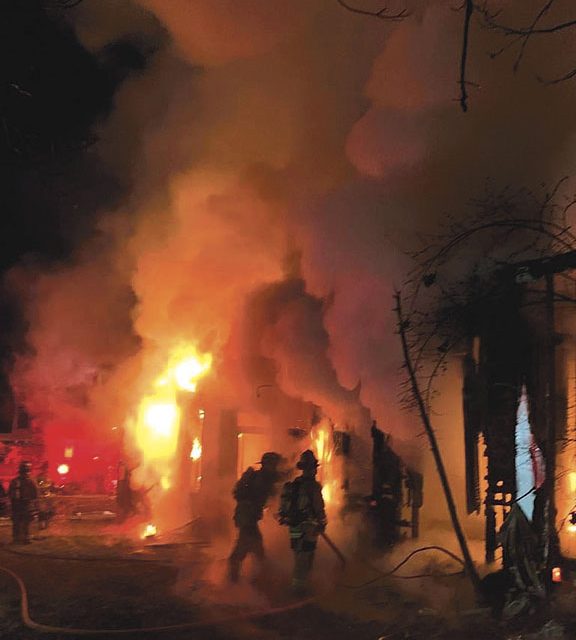 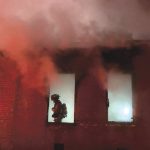 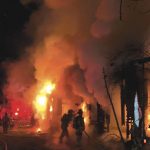 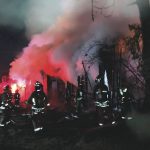 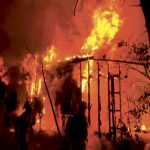 Louisville crews were dispatched to a structure fire in the 900 block of East Madison Street. Fire crews arrived on scene in four minutes to find heavy fire coming from a vacant single-story dwelling. Firefighters quickly made entry, searched the building, and began an interior fire attack. Outside crews deployed exposure lines to protect neighboring property. Crews eventually transitioned to defensive operations on the main fire building, due to deteriorated conditions of the structure. It took approximately 20 minutes for 25 firefighters to bring the fire under control. The main fire building was a total loss. An adjacent structure sustained only minor damage.

– Photos courtesy of the Louisville Division of Fire 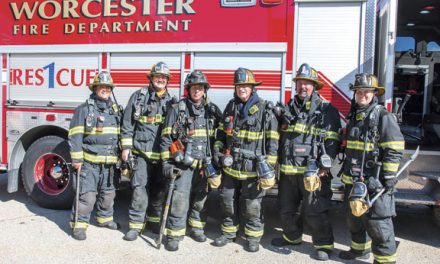 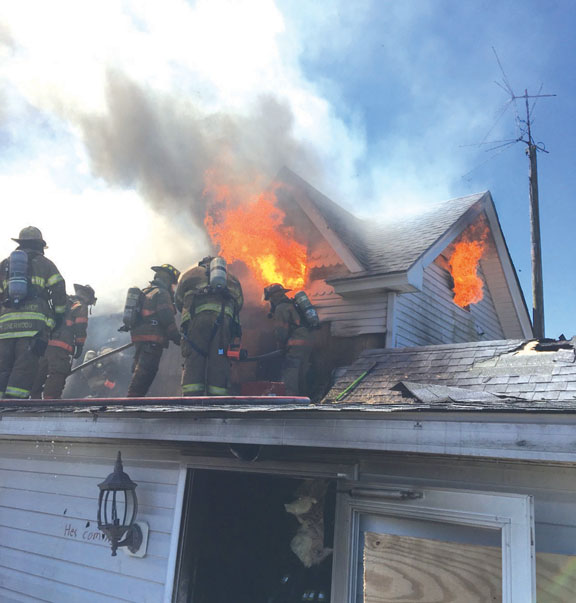