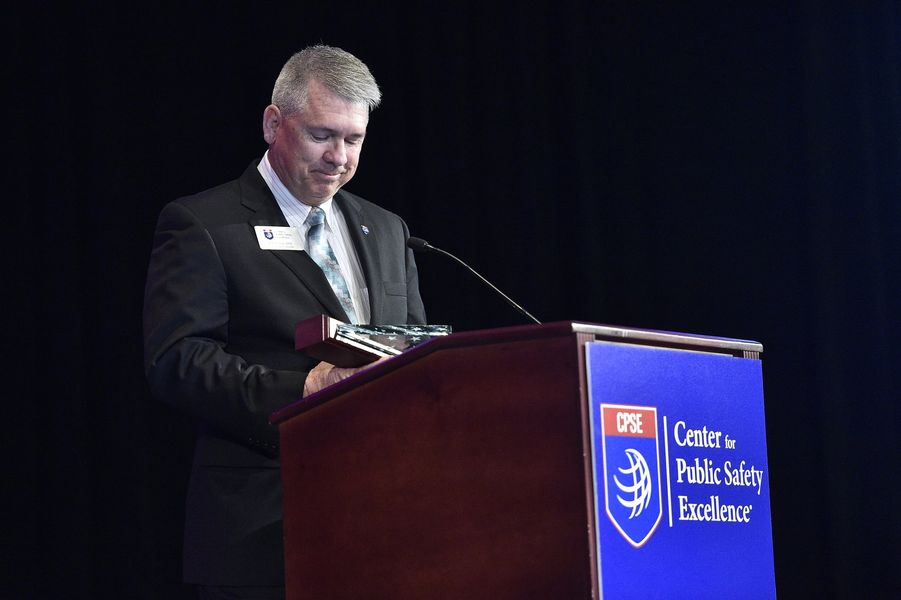 Chief Ristow, who has served as the Program Director for the Commission on Fire
Accreditation International (CFAI) program at the Center for Public Safety Excellence (CPSE),
was recognized for his many and varied contributions to the NFFF, according to Troy
Markel, Chairman of the NFFF Board Of Directors.

“Karl is a tireless advocate for the Foundation and the fire service in general,” Markel said. “His
dedication sets the bar for the rest of us to follow.”

Chief Ristow became involved in the NFFF in 2007, when he served on the incident
management team that developed and executed the memorial service and burials for nine
Charleston, South Carolina firefighters killed while fighting a fire at the Super Sofa Store. Since
then, as a volunteer, donor, and educator, Ristow has supported the NFFF in raising awareness
and funds for its prevention and support missions.

Chief Ristow is second Chairman and National Coordinator for the NFFF Memorial Golf
Tournaments program. In the five years that Chief Ristow has dedicated his time and energy, the
tournaments have raised more than $1.7 million in support of the NFFF.

Along with his wife, Barbara, Chief Ristow volunteers for the Hal Bruno bereavement camps for
the children of fallen firefighters, serving as Big Buddies, Healing Circle Assistants, and
Floaters. The Ristow’s are also members of the NFFF Giving Circle, a group comprised of the
Foundation’s most generous financial donors.

“Karl’s commitment to the fire and emergency service family is evident in both his accreditation
work with the CPSE and his dedicated volunteering with the NFFF,” shared CPSE Chief
Executive Officer, Preet Bassi. “Both organizations are lucky to have him as part of our teams.”

Before joining CPSE, Chief Ristow served as Fire Chief for the St. John’s Fire District in South
Carolina for 14 years and as a Resident Training Specialist for the South Carolina Fire Academy.
Chief Ristow is a retired United States Air Force Fire Protection Supervisor. He holds a master’s
degree in Management and Public Administration, a bachelor’s degree in Interdisciplinary
Studies, and associate degrees in Fire Science and Instructor of Technology and Military
Science. He is also a graduate of the National Fire Academy’s Executive Fire Officer Program, a
Chief Fire Officer Designee through the Commission on Professional Credentialing, and a
Member of the Institution of Fire Engineers (MIFireE).

The NFFF created the Arthur J. Glatfelter Distinguished Service Award to recognize exceptional
service to the NFFF by men and women who continue in support of Glatfelter’s legacy as a
champion of the fire service. In 1969, Glatfelter created the Volunteer Fireman’s Insurance
Services (VFIS), the first company of its kind to meet the insurance needs for firefighters.
Glatfelter was also an enthusiastic advocate for the NFFF and its missions and served for many
years on the Foundation’s Board of Directors.

Chief Ristow was presented the Glatfelter Distinguished Service Award by Tony Campisi,
Chairman of the Glatfelter Insurance Group, on March 22, 2022 during the opening session of
the CPSE Excellence Conference in Orlando, FL. “Chief Ristow represents everything that Art
Glatfelter stood for,” Campisi said. “We are grateful for leaders who carry the standard for the
fire service, and it’s a privilege to present Chief Ristow with this award.”

The National Fallen Firefighters Foundation was created by Congress in 1992 to honor and
recognize firefighters who died in the line of duty each year. To meet this mandate, the
Foundation reviews the circumstances of each firefighter fatality reported to determine whether
the death also meets criteria for inclusion on the National Memorial in Emmitsburg, Maryland.
The guidelines by which these determinations are governed can be found on our website at

https://www.firehero.org/fallen-firefighters/memorial/. The NFFF is closely reviewing COVID-
related deaths to determine eligibility for inclusion on the National Memorial. 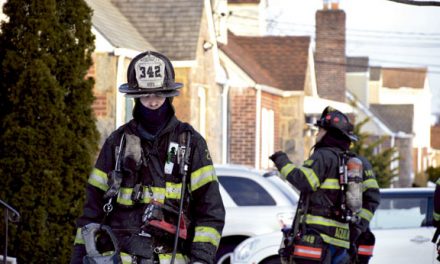 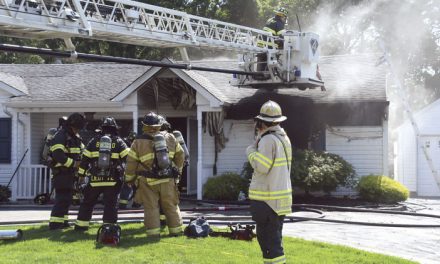 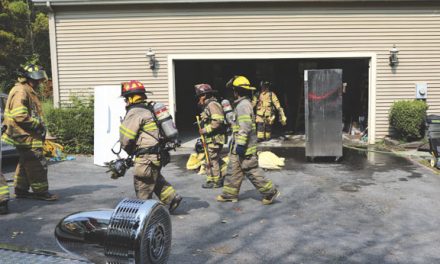