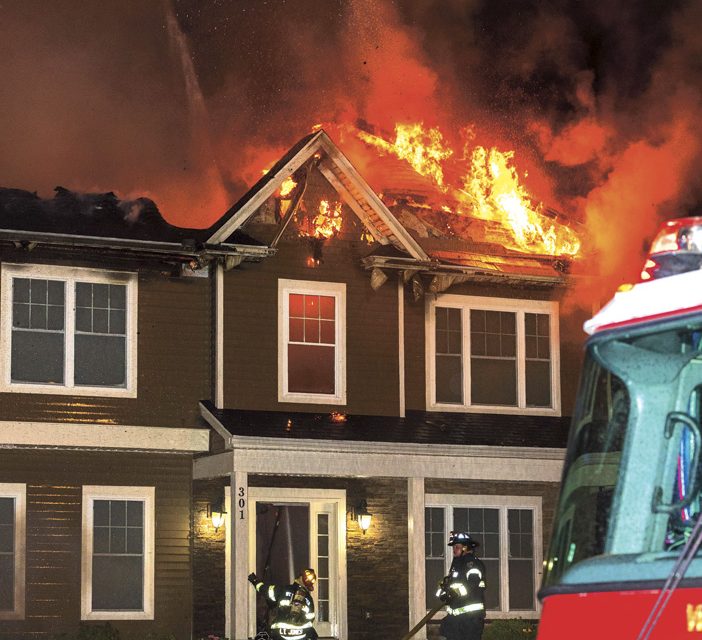 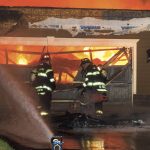 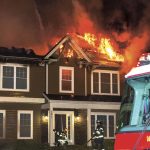 Firefighters from West Webster and Webster were dispatched to a home on Sunningdale Rise for a fire in a residence. First arriving companies found a large amount of fire showing and began to stretch lines. An interior attack was attempted but command determined that the fire was too far advanced and pulled all companies from the building for an exterior attack. An additional ladder from Penfield was called as big lines were flowing. It would be announced later that night that the cause of the fire was from a lightning strike that hit the house 30 minutes earlier during a severe storm and was never checked.