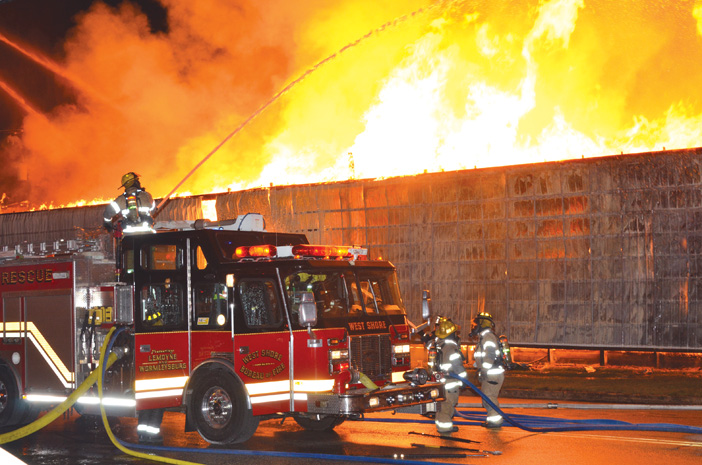 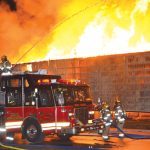 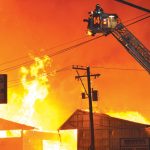 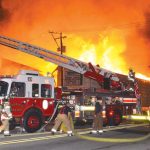 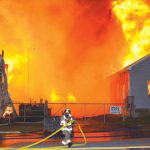 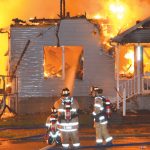 Additional arriving engine companies supplied aerial operations, bliztfires and handlines. Access to the rear was limited due to train tracks and arcing, high voltage power lines. One power line fell on a blitzfire, rendering the device inoperable until the power company shut off the grid. Squad 33 (New Kingston) was special called to the scene for RIT when Rescue 69 was put to work. Crews stretched two handlines in an attempt to make an interior attack on a two-story office building between two buildings, but were forced to withdraw once the second floor flashed over. This office building eventually became fully involved, but an unattached building separated by a few feet was spared from the flames. A third alarm was transmitted with engine companies ordered to lay in from hydrants 3,000 feet from the scene. Mechanicsburg Truck 28 and Progress Truck 32 both set up in front of the structure and began flowing master streams. Approximately 100 firefighters from 20 companies in Cumberland, Dauphin and York counties battled the blaze. The fire caused over $1 million in damages. 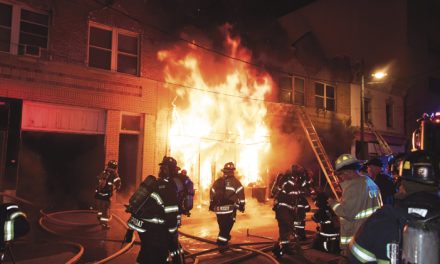 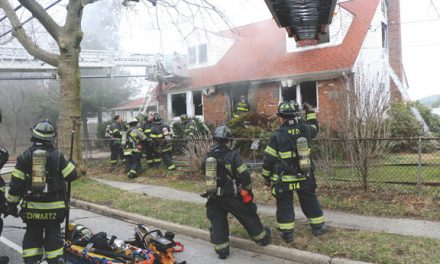