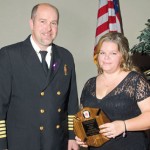 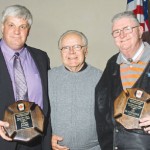 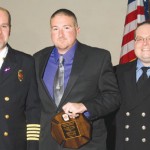 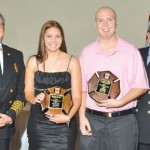 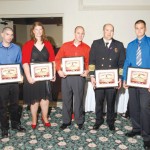 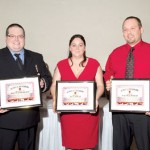 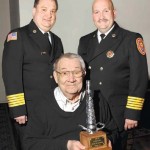 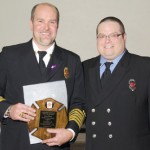 Past-Chief Elmer Reese was presented an award for his 50 years of volunteer service with Lancaster Township. Reese accepted his award flanked by his two sons, Michael and David Reese. Both sons are fire officers of the Willow Street Fire Company. Michael serves as Chief and David Reese as the Deputy Fire Chief.

A Unit Citation was awarded to the crew of Squad 66-1 for a cardiac arrest rescue. Unit Citations were presented to Assistant Chief Brett Fassnacht, Lieutenant Thomas Royer and Firefighter Alex Royer.

Rookie Firefighter of the Year were presented to Morgan Haines and Jason Snyder for their high level of participation and interest in becoming a senior Lancaster Township firefighter.

The Lieutenant Keith Rankin Training Award was presented to Firefighter Kenton Miller.  This award is given to the person who has dedicated themselves to the Lancaster Township Fire Department in all aspects of training. Rankin died in the line of duty September 25, 2011, during a live burn drill at Lancaster County Firemen’The s Association Pequea Lane Fire School.

The Fire Police of the Year Award was presented to Lieutenant Ed Slaymaker and Corporal John Jones.

The Fire Chief’s award was presented to Jennifer Roop-Miller. This award is presented to a member who assists the chief throughout the year.

The Fire Officer of the Year Award was presented to Fire Chief Ron Comfort, Jr. This award is chosen by the membership to recognize service by a line officer. 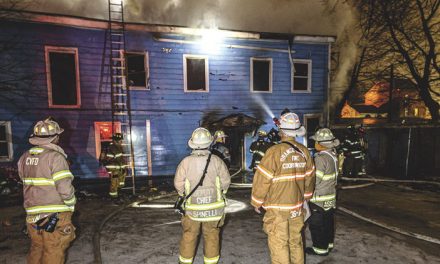 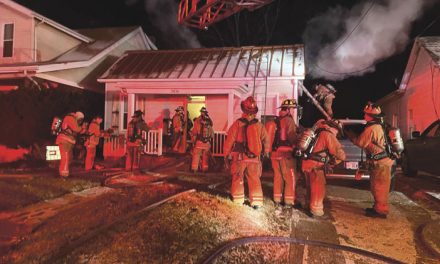