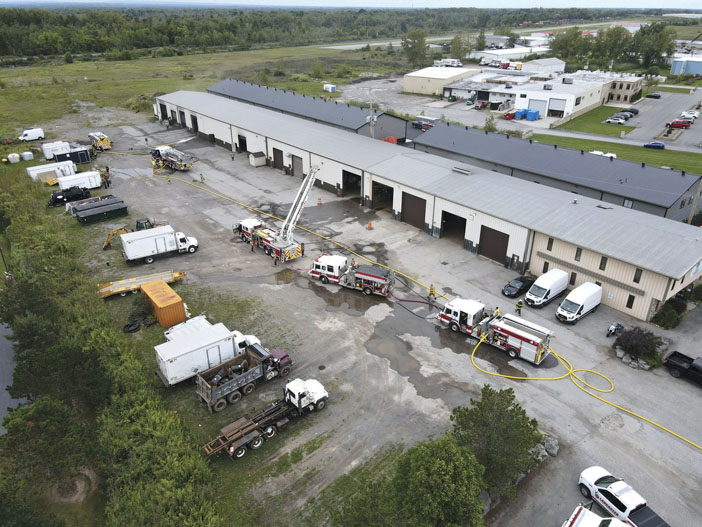 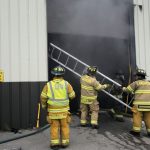 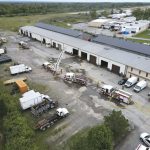 Town Line Volunteer Fire Department was dispatched to Miller Environmental Group on Walden Avenue for auto mutual aid to Lancaster Village Fire for multiple heat detector activation. Before crews arrived, an update from the alarm company indicated additional heat detectors as well as calls from employees reporting a fire.  Lancaster 9-3 arrived to smoke from multiple garage doors with heavy smoke toward the south end on the B side. Town Line 9-1 took over command with several mutual aid fire chiefs assistance.

The exposure on the C side was another commercial lot with equipment and a 250-gallon gas tank close to the fire building. All equipment was moved by the owners. On the B side there was overhead electrical wires and transformers hazards until electrical was disconnected.  Because of work that Miller Environmental Group conducts Clarence and Brighton were called for hazmat concerns of large amounts of oil and other chemical on scene.

Lancaster established water supply from a hydrant. TLFD Engine 1, Ladder 6, Lancaster Engine 5 and Ladder 4 all positioned on the B side. TLFD Engine 1 used a 1-3/4 inch and 2-1/2 inch hose. The fire was contained to a dumpster inside the building and extinguished  Lancaster Town highway brought a high lift out to drag the dumpster outside of the building. 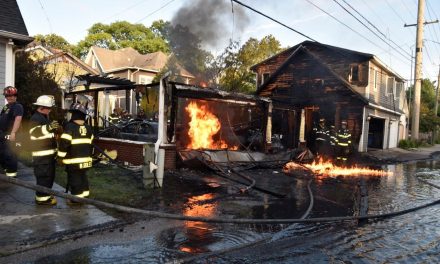