Jet Crashes on Approach to Teterboro 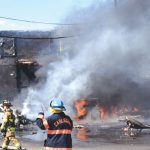 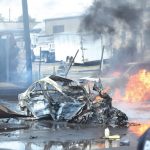 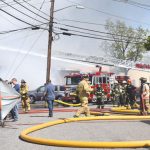 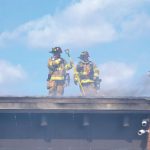 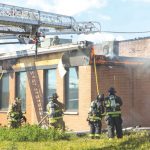 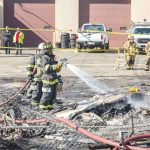 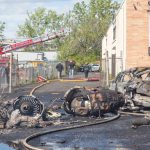 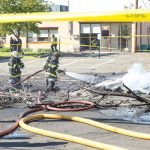 On the afternoon of May 15, 2017, the Carlstadt Fire Department responded to Kero Road for multiple reports of a plane crash. Companies arrived to two buildings well involved and multiple car fires. Mutual aid came from across southern Bergen County and combined units did an incredible job of containing the fire. Miraculously, no one on the ground was injured, but the two people aboard the LearJet 35, which was on approach to Teterboro Airport from Philadelphia, died. Multiple agencies from the surrounding area responded. The plane’s black box was recovered the following day.