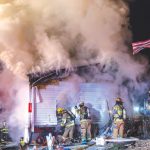 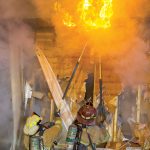 On February 3, 2018, fire crews responded to a structure fire on Barnett Drive in Duncannon. Duncannon Rescue 2 arrived to find a well involved single-story modular home with a two-story attached addition with a garage underneath on the B side. The house was fully involved. Rescue 2 laid in 1000 feet of five-inch up a long driveway and Tanker 2 hooked up a water supply. Marysville Tanker 6 arrived and laid an additional 200 feet of five-inch finishing the lay to Tanker 2. New Buffalo Tanker 9 arrived and staged at the end of the driveway. Multiple units from Perry, Dauphin and Cumberland Counties also responded. Multiple times crews had the fire knocked back when it flashed back to life. 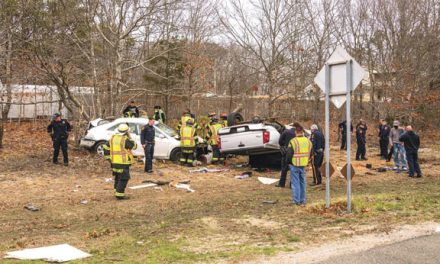