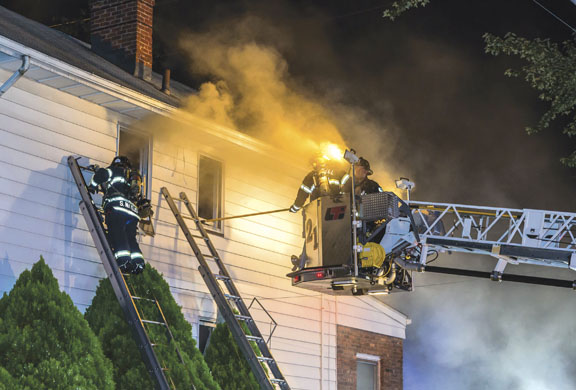 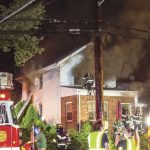 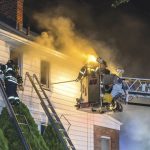 As New Milford Police were investigating a possible smoke condition on the evening of July 23, 2020, they discovered smoke issuing from a house on Henley Avenue. Arriving companies encountered a heavy smoke condition, transmitted a working fire and requested a second alarm. As crews advanced lines into the building, a 2-1/2 story frame, they discovered hoarding conditions, which hampered the fire attack and searches. As conditions on the exterior appeared to be deteriorating crews reported heavy fire extending from the basement in the rear into the first floor. Command ordered all companies out of the building. Crews were able to make a push back into the basement as well as the upper floors and quickly knocked down all visible fire. A third alarm was requested for relief purposes due to the high temperatures and humidity. The fire was placed under control in approximately 90 minutes with no injuries reported. 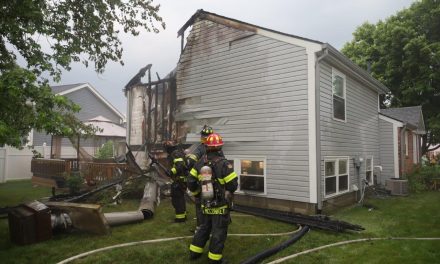