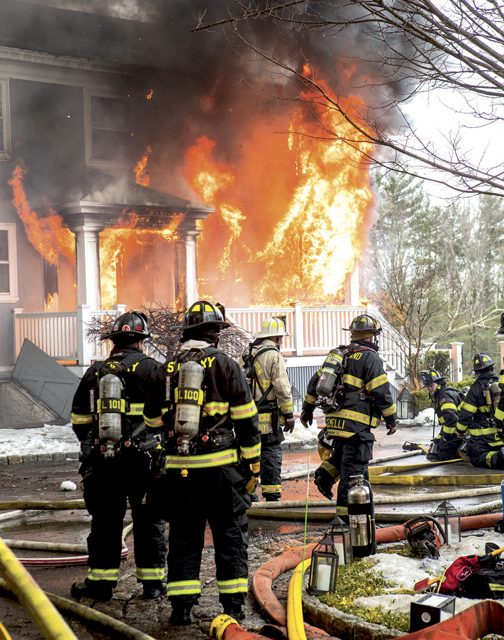 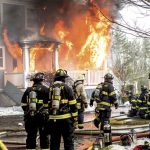 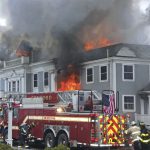 Firefighters were called to a two-story home built in 1897 on Fairhaven Hill Road in Concord (MA), for smoke in the building. The 6700-square-foot mansion was built for Charles Francis Adams III a lawyer and former secretary of the US Navy who was the great-grandson of the sixth President of the US, John Quincy Adams, and the great-great-grandson of the second President, John Adams. The estate was known as Mount Vernon. Due to its location and lack of hydrants in the area, firefighters had to strike four-plus alarms to bring in mutual aid with engines and tankers. Over 1000 feet of four-inch hose was laid to fill a pool to fight the already advanced fire. The home was a total loss. The homeowners were vacationing at the time of the fire. The cause was determined to be from a fire in the chimney that got into the walls. Mutual aid came from Maynard, Sudbury, Lincoln, Stow, Littleton, Chelmsford, Acton, Lexington, Harvard, Carlisle, Wayland, Sherborn, Boxborough and Weston. 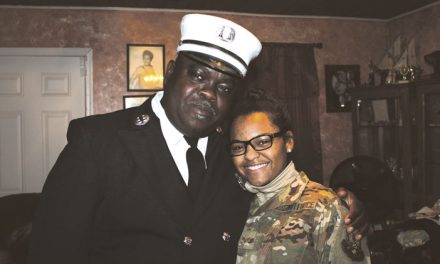