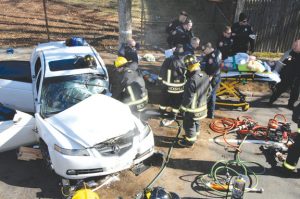 The Hicksville Fire Department and Nassau County Police responded to an MVA at the intersection of Jerusalem Avenue and Chain Lane in Hicksville on February 4, 2017. A car on Jerusalem Avenue was broadsided by a car pulling out of a side street, causing it to lose control and strike a tree, trapping its male driver. Firefighters and police used hydraulic tools to extricate the man. Nassau County Police ambulance transported the injured man to Nassau University Medical Center in East Meadow. The second vehicle had three occupants who all suffered minor injuries. 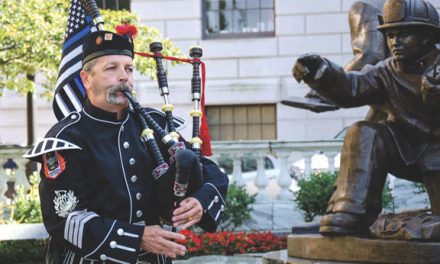 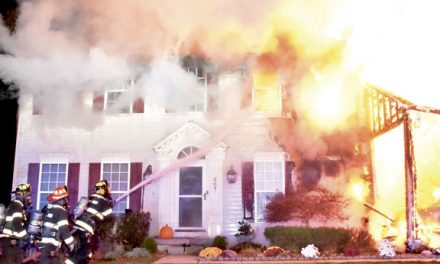