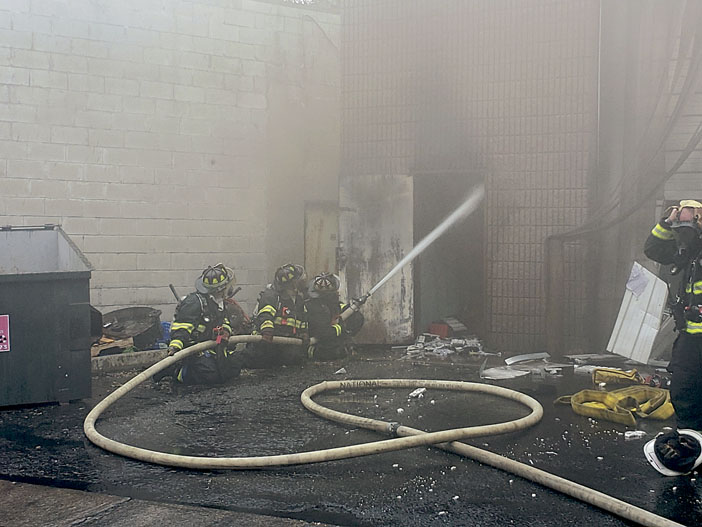 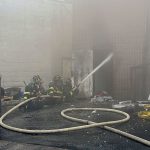 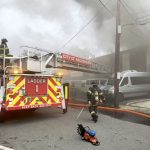 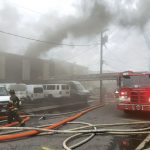 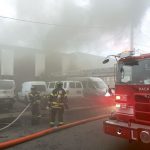 The Hackensack Fire Department started receiving multiple calls for a smoke condition and fire in the area of Elizabeth and Liberty Streets. While en route, E-1 reported a heavy smoke condition in the area. On arrival of Deputy 4 (acting as DC1) he reported a fire in a large single-story warehouse and transmitted a second alarm. An interior attack commenced with 2-1/2 inch handlines but, as conditions rapidly deteriorated — and the discovery of a dead hydrant — command ordered all members out of the building. As conditions improved, an interior attack was attempted again but conditions rapidly started to deteriorate again, forcing all members out of the building and a third alarm was requested. Two ladder pipes, numerous large handlines and ground monitors were put into operation and the fire was knocked down in a little over an hour after dispatch. One firefighter suffered a minor injury. The cause of the fire was under investigation. 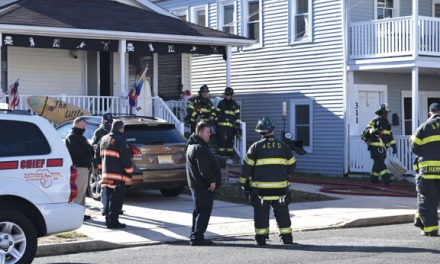 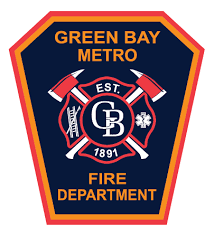